4.543 billion years. That’s how long there has been life on earth. Four billion years of systematic oppression of over half the population and we still cringe at the very mention of the word feminism. Allow me to tell you what feminism is not. It is not misandry, it is not advocating domination of women over men, and it definitely does not want to wipe out the entire male population. However, it is, according to Merriam-Webster "the belief that men and women should have equal rights and opportunities". The negative connotation associated with this word has led us to believe this movement will lead to the breaking down of our societal norms. We are so accustomed to living in a patriarchal society, when anybody dares to voice their opinion against the subjugation of an entire gender they’re seen as deviant or unorthodox. Unfortunately for those who are still clinging on to the traditional norms of society, times are changing, it is not the 1900’s anymore. 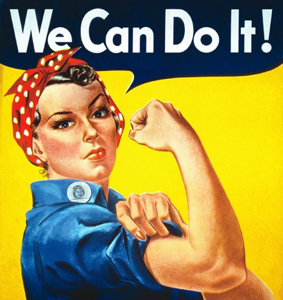 The reason for any kind of unfair treatment of both men and women can be traced to patriarchy. Men are victims of patriarchy too. How many times have we heard phrases like "Man up" or "Don’t cry like a girl" or even, "You’re like a son to me"? This is precisely why we need this movement. Men are not the propagators of patriarchy. It is the ideas that are ingrained in us from the minute we are born that are the sole cause of inequality. Men are told that they are the alpha, the strong, heads of the family and women exist to fulfill their needs, that they need to conceal their emotions under any circumstance so as to remain "masculine" at all times. Is that the reason why, according to the National Crime Records Bureau (NCRB)’s 2013 survey, 79,773 men committed suicide in India (excluding West Bengal) and only 40% were cited as socio-economic problems? Even during crucial times, men are bound to norms that do not allow them to express themselves freely.

It is the feminine traits people are shamed for. Men are oppressed too, not solely because of their gender but because they are colored or homosexual or act "feminine". Women are oppressed in all these ways and because of their gender, too. The very fact that we are still fighting for the same things, lower wages, under representation in government positions, child marriage, female foeticide, rape, education, sexual violence and discrimination in almost all public spheres that women in the 19th and 20th century were, should be enough to convince anyone of the legitimacy and the necessity for this movement.

Feminism is an all-inclusive movement. It is not only working towards rights of women. It is an ideology that all people, no matter their position in this hierarchical structure of society are allowed to voice their opinions and fight against this system that tells men to act in a certain way and women to stay within the confines of the household. I, as a 17-year-old girl, an equal member of this society and most of all a human being, urge you all to break norms, stereotypes and behaviors that dictate what a person can achieve based on their gender.

By Cema D'Souza
To submit your article / poem / short story to Daijiworld, please email it to news@daijiworld.com mentioning 'Article/poem submission for daijiworld' in the subject line. Please note the following: