The Black Dots on the Land Called South Kanara

I am perturbed about everything happening in the last few years in my beloved South Kanara, the land of rich culture and heritage. South Kanara deserves to be autonomous in every sense of the word for its distinct identity. Forgive me for such a thought for I have no desire to lay claim to a separate Tulu State. So much has changed in the last 20 years or so. The people who loved and respected each other no more do so. Ask the reason and none would be able to tell as to what happened to my beloved South Kanara. It bothers me no to end how once a harmonious social fabric lies in shambles these days. My worry – Is South Kanara becoming another place of extreme religious fanaticism? 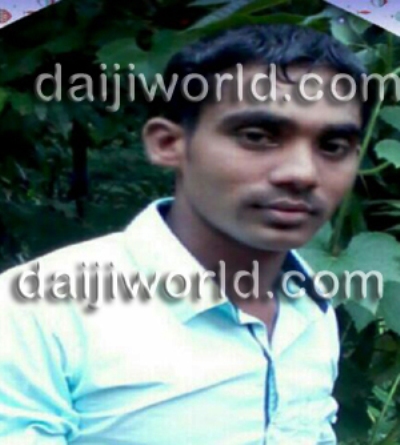 Look at the events in the weeks passed. Harish Poojary was from Bantwal, where most of the people make their ends meet with daily labour work. Harish was one such. Like in any corner of the erstwhile South Kanara, nobody saw each other from the prism of religion. Harish knew no religion, his friend was Samiulla, or even if he knew it did not matter to him. Harish and his friend Samiulla, a Muslim, were returning back after an evening of wholesome cricket in the slowly turning cool weather of November. Exhausted, they had quenched their thirst in a nearby grocery and were on their way back their home. From nowhere came the daemon of death.They were stabbed left right and center and Harish succumbed to the injuries and Samiulla managed to barely save his life with serious injury only to recover slowly.

Two friends, innocently walking home were done to death. This is new brand of terror hitherto unknown at least in this part of the world. Harish was the sole breadwinner with father a cancer patient, ill mother and a younger sister to tend for. As is the case every time the district went berserk with protests, bandhs and road blocks followed. People ranging from politicos to religious leaders and organizations made beeline to Harish's house for so called 'consoling the family'. Compensation packages were announced and the right-wing gave ultimatum to the government to bring culprits to the book. A week later it turned out to be that it was the same right-wing organization which was behind the administration to nab the assailants that had killed Harish, in a case of mistaken identity or so it is alleged.

When is that religion dictated the killing of innocent person like Harish? When is that religion motivated people not even to be kind to the family where the father was a cancer patient and the mother ill? Can anyone who justifies violence in the name of religion answer these questions? So far we thought that violence in the name of religion was elsewhere, and now that it is right at our doorsteps, the right thinking people should speak up against the religious fanaticism. We have renowned educationists, bishops, seers belonging to different sects, teachers at madrasas, Bhattarakas of Moodbidri and Karkala, writers of repute, all should join hands together and be vocal about the need to stay as humane as possible. That innocent Harish need not lose his life for somebody’s fanatic faith. That his cancer stricken father need not stare at a bleak tomorrow without hope or his mother who for no fault of hers should ever look when her son will be back from work or his sister who in the absence of her brother doesn’t know how to look at the future. All those who instigate such killings should introspect and place themselves in such a situation and feel the pain.

As for those involved in the killing they will be tried for murder of Harish and will be awarded sentence befitting the crime. All others who had ever thought that killing the person of other religion, defends his faith and does it a favour should realize religion would not come to defend them and least of all its leaders. Violence has no place in civil society. The writers andd artists should, at these times of bleak hope for humanity, come forward and voice their concern. Let South Kanara which I loved see no more killing in the name of religion because in ensuring the order lies all of our future. Peace in the neighborhood is peace within us and religion is supposed to be soothing and humane and not opium of violence and unkind. If any religion asks one to sacrifice life, it is no religion at all. Blind faith will only lead us to the hell on earth. I surely will not believe God of sanity will ever reward with even one virgin for everlasting bliss in afterlife for killing the person of another faith. Let peace prevail. With an earnest wish that the stars shine on South Kanara and harmony be the language with which we deal each other.

Title: The Black Dots on the Land Called South Kanara