Right from its conception Indian society has always tended to be patriarchal minded. If we look at dowry, sati, or the very limited choices women had in critical life changing issues like marriage or employment woman generally faced subordination from life to death. This led to a mass movement for empowerment of Indian women and a fight for equality starting with the Shahada and anti price rise agitations in Maharashtra and SEWA and Nav Nirman in Gujrat. This mass movement soon started permeating into politics with Congress forming the Mahila Samiti and the socialists launching their own Mahila Dakshata Samiti. Soon after this also came the Feminist network and by collectively agitating they were able to sustain pressure on the government to bring in laws to protect women.

The Indian Constitution through Article 15(3) which says "Nothing in this article shall prevent the State from making any special provision for women and children" gave the law makers considerable leverage to enact special acts for the protection and empowerment of woman and children. Thus be it the Dowry Prohibition Act passed in 1961 and made stringent by amending it in 1986, or the recent Prevention of Domestic Violence Act 2005 or the stringent rape, sexual harassment and The Sexual Harassment of Woman at Workplace Act passed in 2013 after the horrific Nirbhaya incident that shook the nation’s collective conscience, woman and children’s safety became a matter of primary importance.

But in our zeal to make women feel safe have we forgotten men’s safety? Are these laws that are made to protect the Indian woman to the detriment of Indian men and in violation of their fundamental rights? Whether we take a look at the recent NCRB statistics that show that twice the number of married men commit suicide as compared to married women, or the NCRB statistics that show that close to 1.97 lac people (husbands and their relatives) a year are jailed for 498a or the nearly 75% acquittal rate in rape cases in metros like Mumbai and Delhi, a disturbing picture emerges. A picture which highlights the plight of Indian men and the blatant violation of their rights. 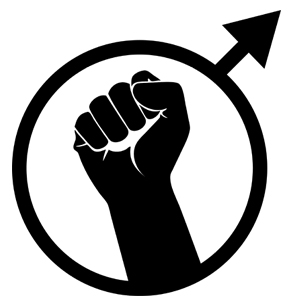 When marriages sour, it is usually seen that the unscrupulous wife files 498a, DV and DP 3 on the husband and his near and dear ones with the sole motive being to strong arm them into making a compromise for a huge sum of money. Such is the misuse of 498a that their Lordships of the Supreme Court even called it "A tool of legal terrorism" with regard to its blatant misuse. A sad byproduct of this law’s misuse is the lacs of women (usually the husbands mother, sisters, sisters-in-law etc) languishing in jails after being co-accused under this section. Incidentally, even children as young as 3 years have not been spared. It was only after the SC verdict in July 2014 warning the police against arbitrary arrests that husbands and their families were able to heave a sigh of relief. Yet in most places automatic arrests continue unabated.

PWDA 2005 talks about domestic violence but only identifies the woman as victim. This in spite of the fact that many men are also victims of domestic violence at the hands of their wives. This act provides instant relief to the alleged victim without her having to prove the allegations. This relief includes monthly dole outs to the victim and if kids are involved the custody is given to the victim. This immediately takes away a father’s right to spend quality time with his children or even see his children for long periods of time. Or take the Dowry Prohibition Act that states both receiving and giving dowry are a crime. But rarely does the law punish dowry givers, instead being very harsh on the dowry receivers.

After the 2013 amendments to the Rape and Sexual Harassment Act the number of cases filed have exponentially increased but so has the number of acquittals. In many of the acquitted cases it was observed by the courts that the complaints were made with a view to settle personal grudges, to extort money or a case of young love gone sour. While rape and sexual harassment scars a victim's soul, men who are falsely accused and then accquited in these cases are equally traumatized and face a lifelong societal stigma. Till date there is no stringent law to prevent abuse of men at the hands of women or to penalize women for making false complaints.

As early as 1988 SC advocate Ram Prakash Chugh laid the foundation for Men’s Rights Movement in India by establishing 'Society for Prevention of Cruelty to Husbands'. Slowly Men’s rights organizations started blossoming across various parts of the country. On March 9, 2005 a number of these organizations came under the umbrella of Save Indian Family Foundation (SIFF) that has set up a helpline for men at 08882 498 498 and is active in demanding gender neutral laws and scrapping of anti-men laws through various programmes and agitations. Similar Organizations like Mens Rights India and Children’s Rights Initiative for Shared Parenting (CRISP) also assist fathers who are fighting for custody of their children. These organizations have highlighted the need to protect men’s fundamental rights and also to establish a National Commission for Men similar to what women enjoy. On November 19, celebrated as International Men’s Day, let us recognize that for a healthy and productive society, men need rights too.

By Johan Sequeira
To submit your article / poem / short story to Daijiworld, please email it to news@daijiworld.com mentioning 'Article/poem submission for daijiworld' in the subject line. Please note the following: