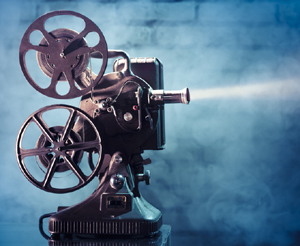 In a Streetcar named desire, you’ll spot this movie star
On the Water front the wild one drove his classic vintage car
In the last Tango in Paris – a role which one him fame
The Godfather won accolades as well as huge acclaim

Go ahead, Make my day Or Dirty Harry’ll scowl
The good, the bad and ugly might even make him howl
With a Million Dollar baby he escaped from Alcatraz
And silenced folks where Eagles dare with panache and pizzazz


In the heat of the night, he saw a patch of blue
While she sang to sir with love and he wondered what to do
He watched the lilies of the field which stretched towards the sun
And thought the best thing he could do was go for one long run


The hunt for red October from the Rock with Dr No
Proved the man who would be king was box office mojo
Though diamonds are forever Goldfinger always reigned
On his last crusades with Indie Jones, once more he entertained


If you like the Man on fire, the Inside Man might smile
Unlike the bone collector who did seem quite hostile
He didn’t agree with Malcolm X and missed his flight to Rome
And reached too late on Training Day so had to go back home


If you burn after reading, Oceans 12 might do the trick
Though the men who stared at goats proposed to every pretty chick
They looked up in the air and cried “Oh brother where art thou”
And wondered about gravity while flying to Macao


Seduced by Mrs. Robinson, the graduate was hooked
And Tootsie said that tickets for the Kramer show were booked
He could have gone for Papillon but Rain Man wasn’t keen
To meet the Midnight Cowboy who did not come out clean


The kick-ass Fight club was so cool, I liked it more than Troy
And though a river runs through it, it seemed just like a ploy
To meet Joe Black in Babel who loved his Moneyball
The Mexican was hiding with the Legends of the fall


Now for your final Movie Star –you have to guess this right
If not he’ll silence all the lambs and give you one big fright
He’ll wear the mask of Zorro but I strongly recommend
That you stay away from Hannibal until the very end.