Of Half-sleeves and Up-turned Collars

As I was rummaging through the stack of shirts in my wardrobe I pulled out a blue checked shirt which I hardly remember wearing. Flipping it open and letting laundryman's newspaper flier drop (he inserts these ingeniously to ward off moisture), I noticed that this was a half-sleeved shirt which I hate to wear. It is the only half-sleeved shirt I have and I do not remember how it got in there.

My aversion to half-sleeved shirts is a direct fall-out of the strict discipline we were forced into when studying the English medium of a Catholic School. That is, a spotlessly white full-sleeved shirt, navy blue shorts ironed to knife-edge creases, black socks and spit n' polish black leather shoes. Somehow, we developed a loathing for half-sleeved shirts and this still continues.

The half-sleeved shirts have their own tale of importance to tell in Mangaluru. This spot of green from paradise (as I call it very dearly) is the City were I was born and grew. Never a dull moment in this Coastal City and we die-hard Mangaloreans are ready to give our right hand to make our abode as thrilling as possible.

Wearing a half-sleeved shirt was a macho symbol for the youth. Not having satisfied with tailor defined half-length of the shirt sleeve, they would even fold the final crease to display biceps and whenever a chick passed their way the biceps would pop-up as if our macho man had just swallowed a can of Spinach, courtesy Popeye. But our charming Olyve Oyles never were a prey for such gimmicks. 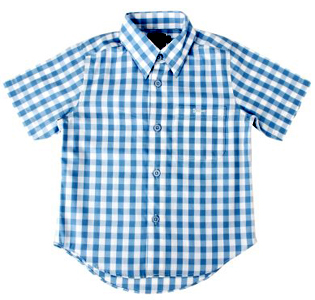 Upturned collars were a rage till good old Devsaab brought in high collared shirts in Jewel Thief. Not to forget, the Jewel Thief cap followed but not for long. Prior to this the ears of the stiff collars were turned upwards to point to the sideburns. Ridiculous, one may say now, but all we youth have passed through this stage. Why should we talk only about the ever changing fashion world of the girls?

An in the mid-sixties the world of footwear was invaded by a pair of chappals known as Hawaiian Chappals. Owning a pair was not a matter of cost, they were cheap and made of rubber but the name itself carried the cake. Hawaiian sounded so alluringly Western, that we yearned to have a pair for ourselves. Strange enough, the black leather shoes and sandals took the back seat and even the Sunday Mass attire approved a pair of Hawaiian. I have even seen one of my professor wearing full suit with Hawaiian chappals. He might have had his reasons but what bugs me is the utility this contraption has provided to millions even till now.

I recollect, I was in the first year of PU and eagerly waiting for the arrival of my Maternal Aunt and her husband from Kuwait. Her husband was a stickler for well dressing, trim, very choosy about his shirts and trousers.

I had just bought myself a pair of yellow Hawaiians.

'Oh!' he exclaimed that morning. “You're already dressed to go to the College...er...or are you?' he eyed me closely. 'Yes, Uncle', I replied, looking down at myself. 'And what are those doing on the feet of a College student?' he pointed squarely to my Hawaiians. 'Is this the way you dress to go to the College?'

'These Hawaiians are the latest fashion now', said my dear old, simpleton Mom who was standing by my side pointed out to the brother-in-law. 'Although they are messy and splash muddy water up to one's buttocks during the rains, these youngsters are always for trendy fashion, you see.'

'I see nothing!' replied my Uncle. 'Trendy you said. So be it! But the entire fastidious world calls them bathroom slippers.'

By Edwin J F D'Souza
To submit your article / poem / short story to Daijiworld, please email it to news@daijiworld.com mentioning 'Article/poem submission for daijiworld' in the subject line. Please note the following:

Title: Of Half-sleeves and Up-turned Collars