Life, a one way path, offers you many options, you make a choice, either it makes you or breaks you and you know there is no coming back. We are like players and life a game. It depends on us, about what we have to offer, but it is the game that decides the winner. In such situation, the wisest thing to do is make the right decision and to act upon it as fast as possible. Once the decision is made no matter what, we must learn to proceed with it confidently, so that no one should be able to raise a finger and point at your decision, but instead raise both hands and clap for it.

In these present times we find many people making quick decisions which they are not able to cope up with, and ultimately end up suffering and blaming others for it. But actually it is their own fault. When there was time to patiently think, decide and then implement, they were busy spying on others work and what others decide to do. One thing we must keep in mind is that chances are offered to only those who deserve it. So when an opportunity is given we must learn to grab and use it for our good. But there are some people who grab their fortuity, plus other’s too. 'Greed' is something that kills people from within, it’s like slow poison. It cannot be noticed at the beginning, by the person and by others. But one day the results come out to be catastrophic. So think wisely before you decide.

When a decision is made finally the next thing to look up to is success. A very determined mind won’t ever get distracted by contrivance, but would just look for his destination and will walk straight up to it. Success is a beautiful feeling. It cannot be earned only by one person; it is always the result of contribution of many, on screen and behind the screen. Success can be attained but there is a much better happiness to uncover, when success is procured by all and for the good of all. But everyone is so engaged in their own toil, that they fail to appreciate the beauty of the work done by others and this leads to conflicts between two people, who could have achieved fame if they had worked as one single unit. 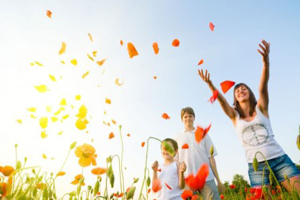 The future belongs to those who believe in their dreams, said Eleanor Roosevelt. Success is something that keeps our mind and body running. It is the will of wanting more from life. But success comes only to those who know the true value of it. Just being wealthy is not the true definition of success; it is an inner satisfaction of being opulent from mind. In a race it is definite that the game will have one winner and one looser. Thus everyone salutes the winner. But veritably even the looser is a winner and it is because he decided to take part in the race. He did not back up because he felt that he might not win. A true winner never sees what his prize is but instead he sees how much of happiness he is able to share with others by winning. Thus champions are not born winners; it is their perspective to life that makes them one. Perfection in one’s life is also not a component of victory. It is a way to conquest life. Life puts forward many hurdles but we alone must decide what can be done about it.

The human situation appears to be a struggle between what is and what ought to be. People always tend to want more from life, never happy with the blessings they already have. Happiness can always be multiplied. But first we should know to cultivate its rare beginnings.

Never ask the meaning of life. You define it. Life is a long race, a big game. A race between the worthy and the paltry. We must always have conflicts within us, competition inside us so that our abilities never come to a halt. Life isn’t about finding yourself it is about creating yourself. In the same way we must learn to look for the good in others, because once we realize our true abilities it is with them that we have to learn to move forward. Trust one another and never look for the fault in them, look for the good. Learn to live with one another not how to live without one another. Treat everyone with politeness even those who are rude to you. Not because they are not nice but because you are nice. Win every heart only then you are a winner.

Remember, life is not about knowing all and standing still but it is to find newer and better approaches to proceed in life. Learn to make life simple by letting all the negative disappear. Just hold on to the favorable and scintillate it in your life. Celebrate life. For it is from this you learnt yourself and true existence. The reason of our existence may not be so great to us, but we may be the very reason for the existence of others. All knowledge is not revealed to us in one go; we must scrape the reasons out one by one. All our approach towards life should be in such a way that we are able to make it better than what it was in the first place. And in the end if you are still confused then ask yourself this question - "Will this matter a year from now?"

By Adlen D'Souza
Adlen D'Souza is a 2nd year BE student of St Joseph Engineering College, Mangaluru.
To submit your article / poem / short story to Daijiworld, please email it to news@daijiworld.com mentioning 'Article/poem submission for daijiworld' in the subject line. Please note the following: