Blame it on Maggi?

Even as Nestle was trying to cope with the terrible news of its flagship product Maggi noodles getting banned in every state in India the social media was awash with creative messages and jokes having a dig at everything. Among the numerous jokes and pictures that filled my mobile through various social media groups was the one that questioned the gender of Maggi. The answer to the question was since Maggi was getting ready in two minutes it was a male and the jibe was of course aimed at women. Jokes apart, we cannot deny that for many of us in India Maggi has become an integral part of our lives.

Notwithstanding the high brand value or the many jokes and innuendos that are circulating, Maggi has certainly opened a Pandora’s Box as far as preserved, processed and ready-to-eat food is concerned because of the use of preservatives. During a casual conversation we had over a cup of tea in the office on the raging controversy, one of my colleagues lamented that his children have eaten too much of Maggi over the last 15 years. (His elder daughter is now 17). He sounded quite apprehensive but was quick to put the blame for the behavioural problem of his son on the excessive consumption of Maggi.

The charge against Maggi is that it contained excessive lead and that its “no added MSG” in its label was the primary cause of its trouble. MSG means Monosodium Glutamate commonly known to all by the name ‘Ajinomoto’. We know it is one of the major ingredients in Chinese food. It is commonly used by food companies as a flavour enhancer in our country. Though the scientific community is divided over the good and bad of ajinomoto it is common knowledge that anything consumed excessively will have its own adverse effects. 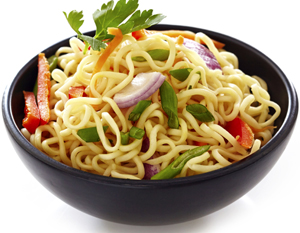 After MSG was discovered in 1900’s news of it spread across the globe and it became a rage. It was used everywhere and in everything be it processed meat, tinned foods, frozen items, ready to eat products, snacks, ice cream, soft drinks and so on. Food industry uses it because it enhances taste and creates a craving for more and that is why Maggi noodles was the favourite cup of noodles of everyone of all age groups.

It is believed that MSG’s downfall began just like its meteoric rise when people who consumed it began to show what is known as “Chinese restaurant syndrome”. People began to fall ill and complained of peculiar symptoms like headaches, numbness and other behavioural patterns after consuming Chinese food. Ironically no one is sure whether Chinese restaurant syndrome exists or not. But none denies that Ajinomoto is a taste enhancer because whatever dish you eat at restaurants and want to replicate at home you will never get the taste even close to the one you ate. It is not possible to get those flavours despite our best efforts.

There have been lot of articles, discussions, debates on Maggie fiasco. Suddenly all of us want to keep away from it and want to be extra cautious about our health. The basic question is - did we need a controversy like Nestle’s Maggi to awake us from the slumber and teach us on the inherent risks of consuming too much of processed foods? Most food brought from shops like breakfast cereals, bread, cheese, snacks, soft drinks, frozen meat products are processed foods. Most processed food contains salt, sugar and fat to give them an appealing flavour and also to ensure a longer shelf life.

We all have some basic knowledge that excessive consumption of processed food is bad for our health. Media has covered these topics extensively both print, electronic and even the web media. But we just read, listen and conveniently forget. We never cared much about what we bought or ate because convenience was all that mattered.

In fact reading labels on the product package will help us to know whether we are consuming food having higher content of fat, salt and sugars. But how many of us take care to read before buying? Many of us don’t even bother to read even the expiry date, leave alone the nutrition labels. We call ourselves educated people but exhibit our ignorance on some of the basic issues concerning our lives. Just have a glance at the items people put in the baskets in malls and we will know how much of processed food and soft drinks people buy along with their regular grocery items.

We always need wake up calls to shake us while we opt for easier ways, be it cooking or other chores. Instant noodles of Maggie became a rage because it was easy and hassle-free. Many children carry Maggie noodles as their lunch packs. It has become staple breakfast diet in most households. Parents are quite apathetic and never try to put a full stop. They yield to the pressure tactics of children and that is why processed food has become part of our daily lives. Parents have become lazy and spend less time on cooking because they spend more time in front of TV or they are busy with their works. In fact parents have a vital role in developing good taste habits among children. Paediatricians say that children’s food habits are formed between the age group of 1 to 3. If they are used to home cooked food during this period such children develop good food habits for the rest of their lives. That is why I was a bit taken off when my colleague held 'Maggi' responsible for his behavioural problems.

Title: Blame it on Maggi?