No one was there in the class except me and Ibrahim. We were 'chaddi dosts'. All others had rushed to the playground soon after hearing the bell, even as peon Marappa went on beating with the hammer on the brass plate that was hung just above the last step in the corner of the tiled roof. It might be the seventh period in the afternoon.

Naturally I skipped PT classes as the old teacher was very strict with his rules and regulations more with us than the games. I heard friends say he was a champion in sports at the state level. He used to walk ten to fifteen kilometers daily from his house to school and vice versa. Down his shoulders would hang a khaki coloured cotton bag that more often had five kilos of wheat flour from the flour mill ! Vishnu Rao, our PT teacher would appear in school in shoes and pants when most of the other gent teachers attended school in their traditional Mundu and chappals.

So during that period me and Ibrahim remained in the class. Ibrahim was not so good at studies but was fond of bringing things from elsewhere which he used to get from his house, friends and neighbours. More often than not he used to say, that his father was in Dubai. That period he showed me a yellow covering ball (we used to call it so for the typical Indian rubber ball that had a yellow smooth layer of fiber across which ran a white line of lace like equator round the globe.)

We were in IX C of that bandi school (a common term for the whole building that had 8-10 classrooms being comparted like railway bogies.) Each classroom was barricaded by human-height walls built of thick cardboards and wooden planks. These dividers did not reach the top of the roof and just separated the hall into different classrooms. This type of rooming made the students easily accessible to each other and made them throw things to each other’s class during leisure periods. This had of course led to minor causalities both in losing things and causing injuries to the inmates of the classroom. Sometimes dusters, ball of clothes and paper, small wooden scales were aerially exchanged to each other’s class in the absence of the teachers ! The class rooms had no proper entrance as such but on their right side had a wide opening between the pillars. It was closed on three sides of the room, easily accessing anyone to move in and out of the class any time.

Ishwar Bhat Sir, our Mathematics teacher was teaching in IX B; the neighbouring class, I remember. He was a very good mathematician and they said he memorized multiplication tables even up to fifty. He had a typical vocal cord thick and rough which made his voice distinct from others.

Ibrahim and I were alone in the class. I was reading Chandamama borrowed from Vishweshwar, my bench mate. I didn’t know that Ibrahim would come up with such a bold decisions then.

"Shall we play? ... look at this ball." He showed me the ball that was closely packed up in a plastic wrapper. I was totally fascinated with the ball. I was about to ask him... but he didn’t wait for that. 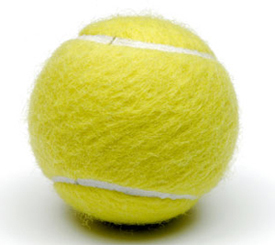 "Come let us throw the ball at the wall and play throw and catch… I will throw against the wall and you must catch it. For every catch, you will get a point… and if you drop, I will," he added. I was fearful as I knew Ishwar Bhat Sir was teaching in the neighboring class and he was a man whose strict nature I couldn’t underestimate. But the ball that he showed and the vacant classroom provoked me to nod my head at Ibrahim’s idea. The inside game went on well. The ball bumped on the wall and made soft sounds but many a time, it rebounded and fell on the desks and benches for which we would rush dashing against the furniture leading to bigger sounds. I was very cautious while throwing the ball onto the wall as it should no way make Ibrahim catch and fetch him a point. You won’t believe I scored five, not giving a single opportunity for him to score even a single point. I was overjoyed with my adventure and was more and more engrossed in the game forgetting the world around.

The catch-and-throw game went on well. Ibrahim and I were standing one behind the other. It hardly gave a chance for me to look back at Ibrahim as my job was to throw the ball on the front top wall and see that it bounced back into my hands for a victorious catch.

It went on well until there was a break.

Yes, I couldn’t hear Ibrahim’s voice for the past four consecutive throws. I thought the game was going on in my favour and that he was tired of playing with me. My eyes were sharply rooted on the wall waiting for the ball to catch it. But for the last three throws the force with which the ball was thrown to the wall was comparatively less than that of the previous ones. I guessed Ibrahim was tired and was not interested as he failed in many of his attempts.

But alas! After a few seconds the ball didn’t fall on the wall at all. I eagerly waited and was forced to turn back. I was stunned and shocked. I couldn’t make up myself for that bad moment. Ibrahim was seated on one of the benches and the ball was in the hands of Ishwar Bhat Sir, standing nearby. It was he who replaced Ibrahim in the game! Sir had stood up only a few feet behind me holding the same new covering ball. His left hand held one end of his mundu (dhoti) lifted just above his knees.
My mouth went dry. I sweat more than while playing the game. Ishwar Bhat Sir stared at me and looked questioning with aggression. I was helpless and stood like a statue locking my arms down like a culprit.

I knew what would go next. Sir occupied the chair of the class and asked me why didn’t we go for the PT class and instead remained inside to play. What answer could one have prepared for that? I bowed my head like a bride just before tying of the Mangalsutra.

"You… Ibrahim! Why didn’t you go out to play and where did you get this ball from?" he asked showing the ball. Ibrahim responded with a long fearful silence. Ishwar Bhat Sir repeatedly asked the same question. But Ibrahim didn’t respond. His face had turned pallid and for some reason, he kept looking at the ball and sir now and then. I noticed his toes carving embroidery on the floor. Sir was tossing the ball now and then and was seen surveying the whole smooth fur on the ball. The furious teacher walked out of the class with the ball like a detective sensing some clues and catching culprits.

Ten minutes were still left for the bell to ring.

Ibrahim was crying sitting in his place, but I restrained. I was totally nervous as I predicted the case with the ball would be reported to the Headmaster of the school, who was short tempered and was well known for his cane lashes.

Ibrahim kept on rubbing his eyes; his running nose had overflown too. He said, "You must get me back that ball… or else he will beat me."

"What... Who will beat you? Who are you talking about?" I asked looking at him with tearful eyes and curiosity.

"That is not my ball actually...It belongs to Narahari...."

"Narhari.... Who is he?" I looked at him wonderstruck.

"Narhari is Sir’s son who lent the ball for an ice candy, which I promised during lunch time... What’s more - I lost the candy and now the ball too!" Ibrahim exclaimed.

"Oh My God! Why didn’t you tell me that before... you said that was brought from Dubai... by your father..!" came my question which yielded a long silence from my friend. The bell rang.

I couldn’t think of anything else. I could predict what would take place. The enquiry in HM’s room, with Ishwar Bhat Sir, the yellow ball, Narhari, Ibrahim and me!!!

The following day both Narahari and Ibrahim were called by the Headmaster to his room. I wondered why I wasn’t.

After a week or so I happened to see Narahari in the playground. I was bold enough to ask him what had happened in the HM’s room the other day. Narahari said that they were called by his father and not by the Headmaster. He also told me that his father had gifted that ball a week before on his birthday and had cautioned him not to carry the ball to school at any cost as he was worried that Narahari would use it to play inside the class...! But the role-players were different which Sir had never dreamt of!

Later I realized Ishwar Bhat Sir felt guilty that his gift had tempted us to play inside the classroom to make too much havoc about.

It all happened about four decades ago. At present my good old classmate Ibrahim is a chief engineer of a famous rubber company in Dubai and Narhari is working in a finance company.

Ishwar Bhat Sir, I salute you, for you taught me much more beyond the sums in mathematics, and the yellow covering ball that enabled me to be self-reliant in solving life's problems, and make me what I am today.