Time to Get Responsible!

Ten-year-old Siddarth was appalled by the amount of empty Lays and Kurkure packets he collected in the garbage bag along the Charmudi Ghats for a mere 100 meters distance. He was justly furious at the people for dumping garbage and polluting the beautiful Western Ghats. He was almost on the verge of giving up one of his beloved snack.

It was Sunday, May 24th 2015. Eleven of us from YHA (Youth Hostels Association) Mangaluru assembled near ‘Malaya Marutha’ among Charmudi Ghats. YHA and a few other organizations had joined hands for the 'Paschima Ghatta Swachata Abhiyana' (Western Ghats Cleaning movement). The crux was due to the pollution among the Western Ghats all the small rivers and springs that flow among them are also getting polluted. They later join the ‘Netravati’, thus polluting the river. Netavati is the lifeline of the coastal region. It was a humble attempt to clear plastic (which is not biodegradable and dangerous) before rains start and all the waste gets washed away polluting the river. 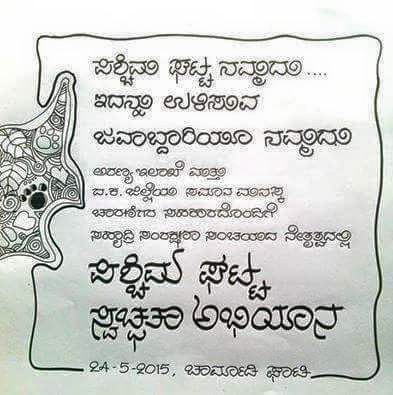 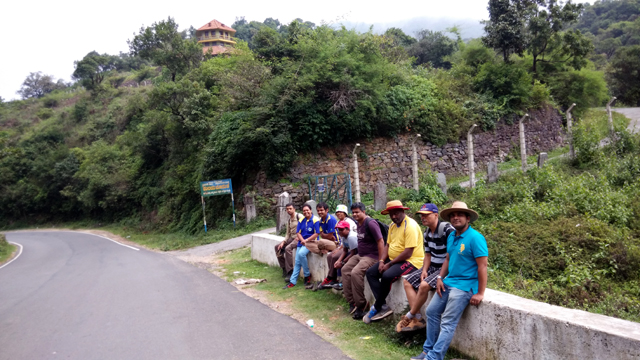 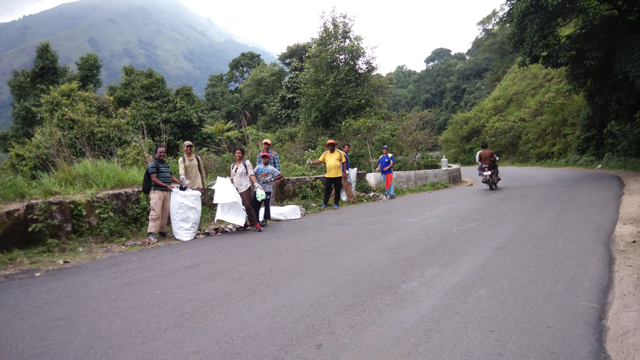 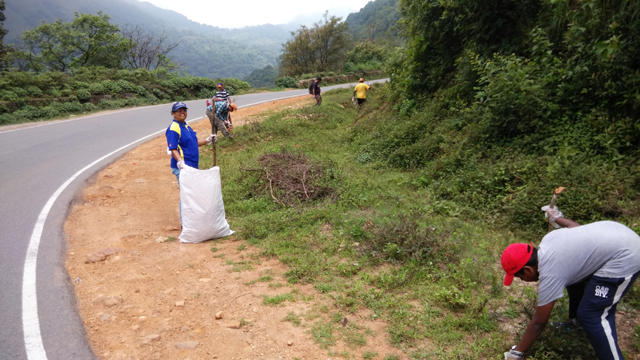 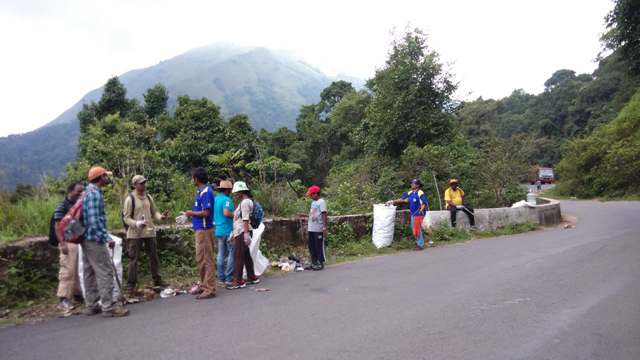 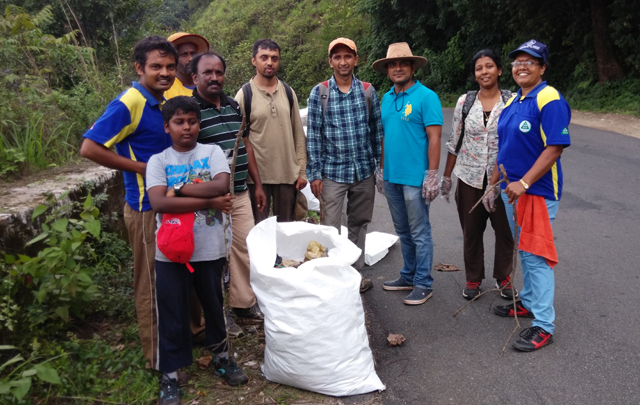 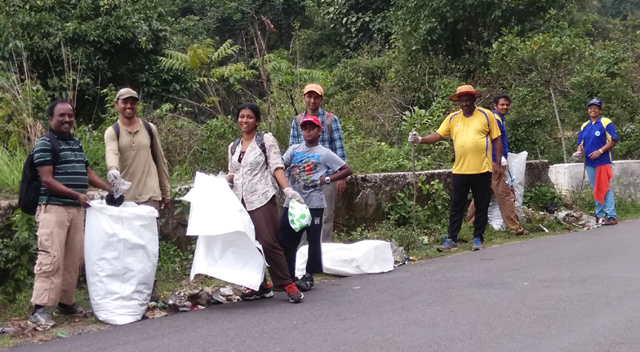 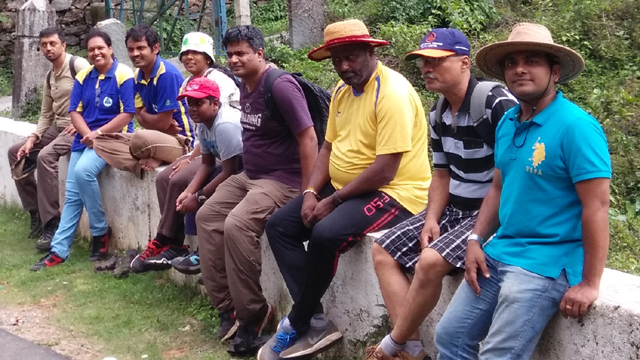 Sixty people from parts of Dakshina Kannada and Bengaluru were present for this cause. Teams of 15 were formed. Each team had around 6 km to clean up. The eleven of us from YHA joined with a team from Bengaluru and started from the Malaya Marutha Guest house.

We started collecting the plastics along the roads. It was unbelievable, within mere 100 meters 4 big gunny bags were filled up with littered garbage. Plastic pet bottles, juice bottles, empty Lays and Kurkure packets, biscuit packets, empty sachet of gutka, supari, Center Fresh and Orbit. Not to forget the empty beer and vodka bottles. We spent around six hours and collected more than 15 big bags full of garbage and we could not even remotely claim it was a complete clean up.

There were a few viewpoints along the way. The viewpoints no doubt offered a great view but also acted as dumping grounds. Many people stopped to take pictures. Some people even had small picnics at these spots. And they did not bother about keeping the place intact for their next visit. They enjoyed the picnic, chucked the waste and walked away. Surprising thing is there is not a single garbage bin in these places. Why provide a stopover when there is no infrastructure to support the consequence?

Tourists travelling by cars have increased and so has the dumping. The most shocking part is, nearly 90% of the people travelling by private and hired vehicles are educated illiterates. People at least could develop the courtesy to collect the garbage they get with them and dispose them in the next city where there is a system to collect the garbage. Can’t they at least reason that there is no one to take care of the junk that’s left back in the forest? Do they expect their mothers to clean up behind them? Well that’s not gonna happen. It’s high time we stop ignoring and start being responsible. I am not trying to debate about taking any big steps or challenging the organizations or blaming the governments.

Let’s start with simple small things. Stop taking things for granted and thinking it’s okay to throw the garbage. Just because others do it we don’t have to do the same. Start acting on it. If you can’t avoid using plastic, avoid throwing them in forests and water bodies. At least, develop this much courtesy towards the nature. Come on, we owe so much to mother earth.

By Lakshmi Poola
To submit your article / poem / short story to Daijiworld, please email it to news@daijiworld.com mentioning 'Article/poem submission for daijiworld' in the subject line. Please note the following:

Title: Time to Get Responsible!