It was a secluded corner of the bookstore. Somehow, no one seemed to be interested in the books shelved there. Though, not for Mukta; for her it was the only place to be right from the time she walked into The Bookcase.

She threw her head back to look at the top-most shelf and her gaze swept across the many books sitting snugly against each other. Gradually, Mukta moved to the next row, tilting her head to the right, squinting as she read the titles, printed horizontally on the spines. Nothing really seemed to grab her interest. She was contemplating moving to the next shelf when her eyes darted to the last row – that very moment marked the beginning of an eternal love story; not the usual love story you would imagine; this was going to be different. Even Mukta didn’t see what was coming. If she had, she would have thought twice before she picked the dusty, red book.

The taxi ride back home felt like an eternity! Holding the polythene bag close to her chest, she looked out of the window at the blue sky. Occasionally, she looked at the meter but didn’t really concentrate on the numbers ticking. They stopped at a signal and Mukta covered her nose – Delhi’s pollution seemed to be following the same trend as her taxi meter. Though she was suffocating from the all smoke, her thoughts remained focused on the book; Mukta couldn’t wait to get home and start reading.

“Kitna?” (How much?) she asked as she glanced at the meter cross-checking the taxi wala’s (taxi driver’s) answer. She fiddled inside her purse for a note and some coins, dumped them in his palm and ran into the compound gate. Her hands shivered as she put the key in, trying to unlock the door to their villa. A few turns to the right and she realised it was open. “Seema, tum ho kya?” (Seema, is that you?) she bellowed. “Haan, didi,” (Yes, sister) said a shrill voice from inside the kitchen. Though Mukta was an ideal homemaker, one thing she simply couldn’t manage was making rotis (Indian flat bread), which Gaurav loved. Seema came home every day and in just thirty minutes stacked a set of ten buttered, fluffy rotis in a white hot-box.

Mukta tossed the house keys in a bowl, threw her bag on the couch, and plonked herself on it. “Jaati hoon, didi,” (I shall leave, sister) said Seema and as the door closed behind her, Mukta opened the book to the first chapter. 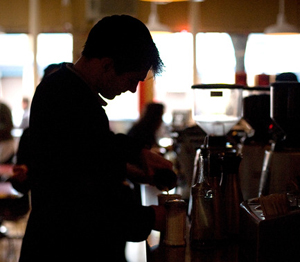 “Thank you, ma’am,” he said with a smile. Though his feet were killing him, he ‘walked the extra mile’ to open the door for the last couple to leave that evening. Coffee Castle was one of the shops dotting the side street at Connaught Palace and popular for serving the most aromatic brew in Sector 14. What drew people to the place, though, was Neville D’costa; everybody loved Neville! A tall, slim and charming young man, Neville had a smile that could kill. He was always neatly dressed and wore a red cap with bold printed ‘Coffee Castle’ sprawled across his forehead. Customers liked it when he recommended new items on the menu, or made observant guesses like if they wanted a phone charger or change for a 500 rupee note.

Raised at an orphanage in Delhi, Neville didn’t have a family of his own; but he had many friends. Though he met up with them often, lately, he had felt a void. It was a big hole that none of his friends could fill. Neville was lonely despite having everyone. He wondered if he was the only one who felt that way.

He switched off the lights in the café and pulled down the shutter. It had been a long day. Lighting a cigarette, he thought about what he could have for dinner. Should he whip up a meal at home? But then again, he would have to eat alone and the thought made him sick. He dropped the butt and walked to a nearby restaurant. It felt like a cholaa-bhaturaa (chick peas and fluffy Indian bread – a North Indian delicacy) kind of a night...

Mukta looked away from the book, smiling, thinking about what she had just read. She struck a chord with Neville. Off late she had felt lonely too. Though she shared an amazing rapport with Gaurav, sometimes relationships settled down. She loved her husband but wanted someone else; a new friend.