"A boy or a girl may be quite smart and may become a clever and efficient person if suitable education and training are given. But if no arrangements are made for their education or training, what is the poor boy or girl to do."

I could notice anxiousness in his face. He is a dentist by profession. "I hope everything is okay with you," I said with the intention of dragging him into a conversation. He used to borrow my newspaper during travel and read on while discussing current affairs. I liked his active spirit though he was 45. He said he hated to sit idle even for a minute. As we travelled in the same bus every morning, we had enough time to chit chat. He was very proud of his son who secured distinction in all exams. Hearing him say how close he was with his son, I wished to enjoy my fatherhood in the same way when my son would be a teenager.

"Sir, perhaps you should speak to him once. I think he needs your help," he said all of a sudden.

"It has been a few months. My son is not normal. He does not talk to me in the way he used to before. I am afraid and I am upset. I know you counsel people. Will you please give an appointment?" he said.

Although I did not expect such a request for an appointment, I did not want the dentist to be sad. Thinking for a second, I said, "Hmm. That is fine," while nodding my head as a gesture of acceptance. His face glittered like a diamond and he continued, "There is a guy, I do not remember his name. He is a classmate of my son. I know they are very close friends. But recently his friend had given a ‘love letter’ (whispering in my ear the word ‘love letter’) to a girl. She gave it to the headmistress who called both my son and his friend for an enquiry."

His son was in SSLC.

"My son did not tell me all these occurrences. Seeing him dull, when I visited his school, his class teacher briefed me on this. What can I say? Huh, his close friend blamed my son and escaped. My son got humiliated. And so he has remained alone at home since then," he said while expressing helplessness.

"I tried a lot to make him like before. 't is all because of you; these days you don’t find time for your family,' yells my wife. When I go home, it feels like I have entered a mourning hall. When I go to my clinic, memories haunt me. Sir, please help," he pleaded.

"Don’t worry. I will visit your son this Sunday at your clinic. Tell him that there is a friend who wants to meet him. I also want to meet his mother, bring her too," I said while calculating something in my mind.

I am not a professional counsellor! But I have used different techniques of counseling while delivering various training sessions, and in special cases. But I had never counselled a grade 10 student. I had never faced them too! Although I had an extensively busy schedule, I decided to do enough research before meeting the child. I met my professor and discussed certain issues to get some advice. 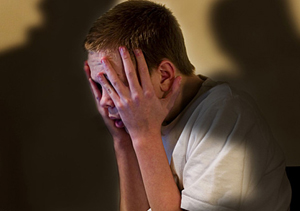 It is a universal fact that people wear masks. People have a tendency of behaving according to a situation. For instance, a strict police officer would be a calm and polite son in front of his mother, and a loving life partner for his wife. Hence it is difficult for anyone to decide what exactly a person is. What you see in someone is what he/she has chosen to show you. In real that someone would be a different person! That’s why a gentlemen rightly said, observe a person when he is all alone to see what exactly he is. I understood from my professor that sometimes, clients would share incorrect information. The counsellor can only judge on the basis of the information gathered. Giving inappropriate and incorrect information might lead the counsellors to give advise which would be incorrect for the actual problem that persists The desired intention will not be served. The primary task of a counsellor is to extract accurate information. He would use different methodologies to achieve this.

With enough preparation, I went to his clinic. I was surprised to see his entire family being present to welcome me! The dentist welcomed and introduced me to his wife and mother.

"Sir, he was very good earlier. There is a neighbour. She has done black magic as she is jealous," his wife whispered in my ears. "Let me see, I will have to speak to him," saying so, I rushed to a room with her son avoiding a probable discussion. These two sentences were enough for me to understand her state of mind and quality of thoughts.

It did not take much time to bring the boy into a comfort zone. As our discussion proceeded I began to hunt for clues. I gave him a blank paper and asked him to write a story that flashed into his mind. Although he hesitated for a while, he began writing after sometime. I assured him that the discussion between us would only remain with us and for sure would not be shared with his parents. I took his parents to a different room and showed a picture and asked them to write just three lines. That’s all I needed to judge their mind!

I had a clue. I suspected it to be a reason and asked his mother to stop speaking to her son about his studies. I promised them that he would be all fine, even better than before. They looked relaxed. I left saying that I would meet them in the coming week.

The session continued for a couple of weeks and thankfully the boy responded very well. I taught him the tactics of reading for exams while insisting that he understood what he studied. He said he felt happy when his parents did not harass him by asking him to study! He also said he loved staying home as he was free to watch television as and when he got bored. His adorable sister said that the techniques to improve concentration I had taught were working well. I also ensured that the boy did not miss regular physical exercise. Physical exercises, especially aerobics, have positive effects on brain function on multiple fronts, ranging from the molecular to behavioral level. According to a study done by the Department of Exercise Science at the University of Georgia, even a short exercise session for 20 minutes facilitates information processing and memory functions.

Exercise affects the brain on various fronts. It increases heart rate, which pumps more oxygen to the brain. It also aids the bodily release of a plethora of hormones, all of which participate in aiding and providing a nourishing environment for the growth of brain cells. Parents today are in a competition - They want their child to be a weapon to fire on jealous neighbors! They repeatedly say that they do all that's possible only because they love their child. We have all heard, "Why are we doing all this? We want you to be number one. We want you to lead a happy life." Although their concern is genuine, one must understand that people who come second also lead happy lives. Values, morals and ethics learnt in school are taking a backseat and learning is getting restricted to exams; parents must encourage children to adopt the things they learn.

In India, research undertaken on several occasions reveal disturbing the fact that many children enter into depression when they reach the age of puberty! They face various behavioral, social and emotional problems. A study discloses the fact that 10-12% of youngsters below 18 suffer from disorders in behavior, learning and development, and 12.8% of children and adolescents suffer from mental and behavioral disorders. "The child gets further frustrated when parents, other children and teachers reject the child. Rejection may give rise to serious negative emotional reactions from the child, influencing both his/her academic career and social relationships. Conflicts and complexes may develop within the child, making the entire life of the child more difficult and unhappy. These get worse when adequate attention to the real academic problem is not paid," say Dr Jitendra Nagpal and Divya S Prasad, in their work titled 'Helping Children with Social - Emotional Problems'.

There can be a few reasons as to why some children show social and emotional problems. Repeated failure in the class, constant scolding by the parents and teacher, rejection by parents, lack of self-confidence in his/her abilities, lack of friends, fear of being unsuccessful, punishment by teacher and parents, tension at home, fight among parents, loss or separation of parents, painful illness abuse and neglect by parents and teachers etc can lead to the emotional/social problems faced by the child.

No counselor can counsel your child better than you! Involve your child in normal household activities and try to establish positive relationship between you and the child. Try not to be over critical of the mistakes made by the child, but should on the other hand, adopt a supportive attitude and show interest in children. Although you are busy, try to spend time with your child, discuss the child’s interest, hobbies and plans. Parents must focus on child’s actions and strengths, rather than pointing only at their mistakes, misbehavior and weakness. Set reasonable goal as children feel good about themselves when they work hard to achieve a worthwhile goal. Children with poor self-concept feel happy when parents think they are capable of accepting responsibility. Giving them certain responsibility demonstrates a level of trust in their ability to act maturely.

Reward your child. Say Dr Jitendra Nagpal and Divya S Prasad, "A reward for a child is something that he/she likes or feels good about. It is not always what you think the child should like. Praise them as praise is one of the most effective ways in managing children’s behavior. A reward increases the occurrences of the behavior it follows. Whether we are aware of it or not, all behaviors which we tend to repeat are followed by reward. If a particular behavior is not followed by rewards, we would not perform that behavior again." Reward your child with primary rewards such as milk, coffee or material reward such as flower, ball. Did you know that even a smile, nod, kiss and a good hug is a reward? Appreciate a child’s good work saying ‘very good’, ‘well done’and ‘keep it up’ while ensuring that the child does not get used to rewards.

Try to be your's child's best friend to guide them in the right direction in all of theirs ups and downs. Who knows tomorrow, he might become a scientist, doctor, pilot, an engineer or just a common man. But the things you taught will make him a better person and a better citizen.

By Mahammad Aseef
To submit your article / poem / short story to Daijiworld, please email it to news@daijiworld.com mentioning 'Article/poem submission for daijiworld' in the subject line. Please note the following: