Can the World Wipe Out ISIS?

As the ISIS (Islamic State of Iraq and Syria) continue to exterminate civilians in the streets of Iraq and Syria, the international community seems to be only gluing to their television sets with remorse, but taking no assertive measures to counter this heinous death cult. Attracted by the large claims of a Caliphate being established, thousands of young men and women from around the world, have joined the Terror regime. It’s a bitter truth that during the dark ages in Europe, the Arab world was flourishing. Sadly, the cradles of ancient and medieval civilizations, rich in culture, with splendid architectures and scores of museums with rare antics and monuments are at the mercy of ghouls with modern weapons. The cult of ISIS is on a pillage spree, with complete irrationality, looting and ransacking museums and Ancient artifacts, with an aim to pulverize Iraq’s history. 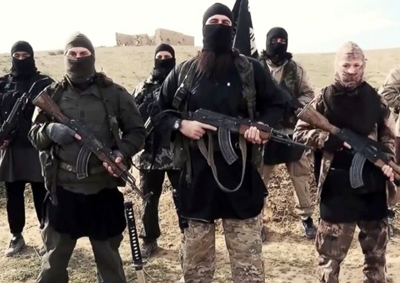 For the last few months, the ISIS has been carrying out rampage in the streets of Iraq’s ancient city of Mosul. They have slaughtered religious and ethnic minorities of the region mostly Christians, Yazzidis, Mandeans, Druze, Alawaites and Muslim minorities like Shias. People have been killed indiscriminately, as the death cult is exerting its authority in the region with its own whims and desires. They have flouted all laws of human civilization, they abuse and assail ordinary people, they steal, pelf, loot, plunder their property and carry out unimaginable human crimes ranging from amputation of prisoners, crucifixion in public places, selling Yezzidi and Christian women in the sex market to burning hostages to death and decapitating. Several western journalists and aid workers have been mercilessly tortured and beheaded and the footages of their execution have been posted online as a means of creating fear and propaganda.

Yezzidis, Mandeans and the Christians form the indigenous population of Iraq. They were the original inhabitants of the region, before the Arab invaders had arrived. The minorities have been persecuted throughout history, and till date according to some reports the Yezzidi community had over fifty genocides carried on them by Islamic Extremists. The ISIS has gone a step ahead, and almost wiped out the community from the face of the earth.

Christianity was brought to Iraq in the first century by Apostle Thomas and his pupils Aggagi and Mari. This makes Christianity in Iraq older than some of the European, Asia and Latin American countries. The Chaldean Catholics, Assyrians and Jacobites (Syrian Orthodox) form the three prominent sects. There are no official statistics on Christian population, but in 1950, Christians numbered upto 10% population of Iraq, but by 2010 according CIA Factbook data there were less than 1% living in Iraq. Most of them fled to neighboring Syria, Jordan and Lebanon where religious minorities are relatively safe. They were petrified largely due to threats posed by Al Qaeda and other Islamic terror outfits, who exploded churches and gunned down thousands of minorities post America-led invasion in 2003.

Recently, after the capture of major Iraqi cities like Mosul by the ISIS, Christians have been forced to convert or forced to flee the place. Many of them have been massacred, women have been raped and taken as sex slaves and the places of worship have been plundered and destroyed. The Orthodox Church Bishop of Mosul has declared on television that for the first time in the history of Mosul, there are no Christian inhabitants living. In February this year, twenty one Coptic Christian men dwelling at the border of Egypt and Libya, had been taken hostage by the ISIS and been beheaded, signaling a direct threat to the centuries old Coptic church of Egypt.

The Iraqi government and its military is incapable of staging a counter-offence on heavily armed ISIS. The ISIS is the wealthiest terror group in the history of mankind, with funds emanating from oil rich gulf monarchies. The death cult stands unassailable with the possessionof sophisticated assault and defense artillery, supplied by the NATO to fight the Syrian dictator Bashar Assad’s regime. Horrendously, it is spreading its wings across the Arab world like wildfire, and has designs to invade Iran in the near future.

The Obama administration and its European and Sunni-Arab allies have now come to a point of repentance and shame, for the grave blunder of arming and financing the Syrian rebels, eventually turning them into a Frankenstein. This is great opportunity for the United States to reach out towards Iran, the Kurdish Peshmarga fighters and possibly the old foe Bashar Al Assad himself to seek strategic assistance in the ultimate battle to annihilate the ISIS cult. It’s indispensable decision for the world community to take some proactive and pragmatic measures on the table sooner than before the great history and civilization gets decimated forever.

Title: Can the World Wipe Out ISIS?