I had just finished celebrating my birthday, and it was an occasion for me to see 50 shades of grey. I got this never before opportunity, despite it’s ban in India, because I peeped into the mirror at an unguarded moment.

There are fewer shades now, because I used artificial camouflaging aids, but I still have a niggling worry – I am getting older, how will I deal with it? – with zest and zeal, or with frustration and resignation?

I really wish I was christened Benjamin Button – who was born aged 82, and died at age 0! I accept that unless I die, I will age and I have to deal with it.

The aging process through a woman’s eyes

Age is a ladder, it has a number of steps from 2 to 82, as I look back on the steps I have trod to reach the heights I have so far, and at those who have climbed more than me, I can best see the difference of what my life was and what my life is likely to be through the eyes of a woman – not necessarily my woman – I’m sure any woman would see it like that....

If a man is 22, a woman would expect him to be handsome, charming, financially, well on the way to success, in good shape, a caring listener, a romantic. At age 82, all she would expect is that he breathes, is aware of his surroundings, and doesn’t miss the toilet. Hearing and seeing is a bonus.

Ageing isn’t fun, but it is perhaps better than death. My father who died at the ripe old age of 92, when asked the usual question, “how are you dad” , used to always reply, ever since I can remember – Getting old son!

Note the usage of English – Not growing old but getting old and there lies the key to better dealing with the aging process. Sadly unlike wine, a human being gets weaker, while the wine gets stronger! 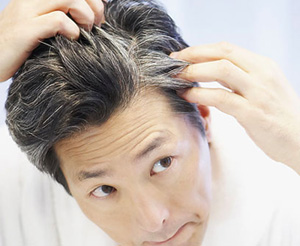 Dealing with age positively is important because In India, as per the 2001 census, 5% or 50 Million are in the age group of 65-plus. This is expected to go up to 12% or 120 Million by 2025. However, the group that is expected to look after them – in the age group of 45 to 64 is now 13% viz around 130 million and they have the toughest job due to the decline of the jt. family system, both the spouses working to make ends meet, children to raise, and a poor geriatric care system. So ultimately I know, I will be left to fend for myself.

But I need not be so morose. Growing old is a good feeling especially in our society. It gives me a sense of superiority over those younger than me and sense of responsibility towards those older than me, though more often than not they have aged more gracefully than me, and I often compare myself to them.

Take for instance, my children or those younger, consistently defer to me and I have a sense of responsibility towards my mother in law who is in her early nineties. Now what does this do for me? Lets see….

If I deliberately or accidentally knock a glass of milk on to the floor, they’d rush to clean it up. They’d be on all fours, scrubbing desperately at the ceramic tiles, while I sat back in my chair, resting my legs, reading the Indian express, occasionally glancing over the top to survey their efforts.

On the other hand I have a lingering respect for my mother in law (both my parents have died by the way), the way she conducts herself at the ripe age of 92, berating me on whatsapp and beating me hollow at Scrabble, sharp of mind, agile of body and acerbic in her wit…

Age is an odd thing. I respect it and I dread it. At every point in life, there will be those above me and below me on the age ladder, and often I look at them with contempt and fear. Why? the young ones don't appreciate how short-lived their youth will be, and the older ones are now a horrifying vision of my steadily approaching future.

Growing old has another dimension – the desire to wear a mask.

When I was young, I had smooth cheeks and long hair and a deep voice. They didn’t match.
So I grew a beard – to look older. And now that I am older, I really don’t want to look my age, so I am clean shaven, something I started doing at the ripe old age of 32! When new types of blades came into the market!

What a paradox - the younger we are, the more mature the look we want, and as we climb the age ladder, it’s quite the opposite. Eventually we all reach a point when we stop lying about our age, and start bragging about it!

It’s not rational, but often, I fall into the trap, feeling, that each grey hair, when it arrives, unknowingly, is a tiny shoot of failure. It’s not all true, coz I’ll be richer – Ill have silver in my hair, gold in my teeth and a great supply of natural gas. On the flip side, first I’ll forget names, then Ill forget faces. Then I’ll forget to pull up my zipper, then . . Ill hear. faintly. "Oh my goodness! he forgot to pull down his zipper first!"

Why do I feel this way? I've been indoctrinated into believing the ageing process is somehow undignified. At some point, you can’t walk, you cant talk, you can’t hear, and all you can do is fear. Though there are exceptions, and I’d love to be one, it’s a point of view I’ve been brought up with and can’t get rid of.

In the end.. the wisdom of the old

When you're young, anyone a decade older seems like a dead end. I’ve experienced it - When my son’s older friends gather around a double scotch, I have to nurse my single elsewhere, either alone or in the company of those climbing the ladder rapidly.

Often I find myself a misfit in either group, trying hard to adapt. I am that muddle in the middle, growing old, yet acting ever young.

At the same time, I somehow believe that if I ever grow to be so impossibly ancient myself, I'll be wiser and less embarrassing - I am sure I will understand how ignorant and arrogant I was in the past, and I will manage the young and my age better than most older people now a day’s do.

In the end, will the joke ultimately be on me? Or will I be able to enjoy those 50 shades of grey?

By Brian D A Fernandes
To submit your article / poem / short story to Daijiworld, please email it to news@daijiworld.com mentioning 'Article/poem submission for daijiworld' in the subject line. Please note the following: