A Murder that I Cannot Forget

He was brutally beaten. His face was wounded, bleeding and swollen. He repeatedly pleaded for help. He was surrounded by a group of furious mob who had no courtesy even to listen. Crying for help seeking forgiveness, he collapsed and become unconscious. He was whispering something. A pistol was kept on his stomach along with a few bullets. Perhaps it was his toughest ever inhalation and exhalation. His tear had dried. A man came forward and took the pistol and bullets kept on him. I thought he would help him.

Suddenly, a young guy came with some liquid and poured it on his body. In a fraction of second someone lighted matches and threw them at him. A tiny spark of fire burst into flames! He had poured petrol on him! The unconscious, brutally beaten, severely injured man jumped up and began running like a deer runs for its life to escape from the clutches of a pride of hungry lions. Hundreds of mob chased him and pelted a hollow block!

He collapsed again. With folded hands, he begged for his life, pleaded for forgiveness. They kicked him. As it continued, a big stone landed on his head. He walked a few steps before he tumbled completely. They poured petrol and burned him alive!!!

I literally cried watching this terrible video received via WhatsApp. I could not take this out of my mind for months. Although I tried to know the reason behind his murder and location of the incident, I could trace nothing. By seeing the outfit of those mobs who gathered, I doubt it to be somewhere in the African country. Location is not significant. What had made the mob behave so? Why no one wished to help him? Are human beings in danger of themselves?

I took a survey to study the response of human beings after making them watch this video in a closed area. 100 random individuals from Syria, Sudan, Lebanon, India, Sri Lanka, Philippines and Nepal were chosen as samples, of whom 50 percent were women. 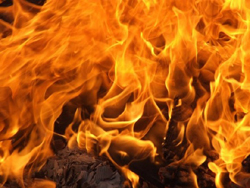 75% felt the video to be terrible to watch and 25% said they do not want to watch such videos. 62% felt that they could not take that out of their mind, 25% said they might need some time to forget, while 13% said that they felt nothing.

Interestingly, 63% said that the behaviour of mob in the video was ‘worse than wild animals’. 29% said that crimes are situational while 71% were not sure. When asked if they agree to pardoning a criminal if he seeks forgiveness, irrespective of their nations, 62% agreed. This shows the impact of the video. However, pardoning a criminal depends on the gravity of the crime. This figure also shows that human feelings and emotions are situational. The survey result was not a cause for worry.

If you watch documentary videos of wildlife available in YouTube, you will notice the wild animal rushing to the rescue of its fellow living being when it is in trouble. Often in the news channels, we hear of love between a dog and a cat, monkey and a goat. Unless it is hungry, a lioness will not attack a deer. We express surprise and shock when we watch videos of cheetah attacking a kudu (a type of antelope) for its food while we remain ignorant of cattle being stolen and transported inhumanly. All the major religions in the world teach peace and humanity; although we spend lakhs to sharpen knives to kill one another. Many say that it is political influence and certain situational motives that forces men to behave worse than wild animals. I believe that human beings are sensible and intelligent enough to think. Though thought would differ depending on educational qualification, experience, culture, heredity and certain other factors, one's heart must vibrate seeing the pathetic situation of another. Due to political influence, would one consume poison? When one steps back from doing it to himself, why would he do it to others? Like him, others have the right to live.

It will not make any difference if you do not agree with me. But believe me, human beings are dangerous to live with!

By Mahammad Aseef
To submit your article / poem / short story to Daijiworld, please email it to news@daijiworld.com mentioning 'Article/poem submission for daijiworld' in the subject line. Please note the following:

Title: A Murder that I Cannot Forget