Dismal and deteriorating performance of formal school system in India is driving many parents to seriously consider having their wards educated under their protective eyes, either imparting lessons themselves or through tutors.

Most newspapers front-paged a research report on January 14, 2015 about the low and deteriorating educational standards as reflected in this excerpt from a report by Sruthy Susan Ullas in The Times of India.

Every year when Pratham's Annual Status of Education Report (ASER), India’s biggest private audit of elementary education in rural India, comes out, there is bad news. It's so in Karnataka this year too. More than half of the state's class V students (52.2%) cannot read a class II-level textbook. Maths continues to be one of the biggest concerns. The percentage of children who can do division in class V is only 20%; only 40% in class IV can subtract.

"Our emotive three-language policy has resulted in us giving less importance to English. Moreover, our English and maths teachers are poorly trained. Our teaching methodologies are age-old and uninteresting," says Nayana Tara, professor at IIM-B's Centre for Public Policy. "Our liberal, attendance-linked promotion system rather than a merit-based one has resulted in such poor performance," adds Tara.

Educationists point out that while the government is spending on infrastructure, it has not invested enough on the quality of learning. "One of the biggest drawbacks for children in government schools is that their learning ends in school. They do not practise reading, writing or arithmetic at home. They don't have a support system for that. Unless you practise a skill, you won't master it," points out AS Seetaramu, consultant, Sarva Shiksha Abhiyan. "What is required is an integrated learning system. The government can build learning centres in villages where children can gather after school hours and learn," he suggests.

Another report, titled “Schools illegal, but Karnataka government OK if RTE children apply” by Pawan M V, in the same paper on the same day is insightful and relevant.

The Karnataka government is turning a blind eye to unauthorized schools in Bengaluru. The process of applying for seats under the Right to Education (RTE) quota begins in a few days and the Department of Public Instruction (DPI) has given the nod for RTE seat aspirants to apply in unauthorized schools. Parents are now confused whether to apply for seats in these schools or not as these institutions were declared unauthorized by the DPI in December 2014.

Following the alleged child rape incidents on school campuses last year, the department found that some schools were functioning illegally by violating rules under the Karnataka Education Act. The DPI identified 1,266 unauthorized schools in Bengaluru.

Against this backdrop the idea of home-schooling is gaining credibility as a feasible option and an alternative to the formal, bureaucrats-driven schooling marked by poor delivery, bullying, ragging and, now, rapes on campus. But, what is home-schooling and what is its status in India? 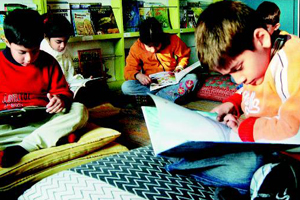 Home-schooling is the educating of children at home, as opposed to the formal settings of a public or private school. Home education is usually conducted by a parent or tutor. Prior to the introduction of compulsory school attendance, most childhood education occurred within the family or community. However, home-schooling in the modern sense is an alternative in developed countries to attending public or private schools, and is a legal option for parents in many countries – as noted later in this article citing US status.

Parents cite two main motivations for home-schooling their children: dissatisfaction with the local schools, or the interest to be more involved with their children's learning and development. Parents' dissatisfaction with available schools includes concerns about the school environment, the quality of academic instruction, the curriculum, bullying, and lack of faith in the school's ability adequately to cater to their child's special needs. Some parents home-school in order to have greater control over what and how their children are taught, to better cater for children's individual aptitudes and abilities and to take advantage of the efficiency of one-to-one instruction allowing the child to spend more time on childhood activities, socializing, and non-academic learning.

What is the status of home-schooling in India? A peep into this aspect is provided by Evelyn Rathnakumar in an article titled “In school, at home”, published in The Hindu (17-8-14) and excerpted here.

The path that Srividya Murali took when she decided to home-school her two boys may have raised eyebrows, but she found that it best suited her children’s needs. “I let them learn what they want to and choose the pace as well,” she says. Her sons, Raghav, 9, and Krishna, 4, learn from home, that too only what interests them, without the pressures of performance and evaluation.

While this may be frowned upon, many parents in Chennai are choosing the home-schooling experience for their children. Support groups are mushrooming in the city, with parents seeking out other home-schoolers. Swashikshan — Indian Association of Homeschoolers, a volunteer-based, countrywide network formed two years ago, helps connect home-schoolers. “We receive so many queries about home-schooling, with more parents in the city becoming aware of that alternative to mainstream education,” Priya Desikan, the contact person for the group in Chennai, says.

But if both parents are working, home-schooling as a philosophy of education becomes impractical. Both A.P. Baburaj, an Associate Professor at the Indian Institute of Technology, Madras, and his wife, Gayathri Nair, wanted to home-school their daughter. They, however, chose a centre offering the Montessori method of learning. “We are both academics who value education, but we want an environment where she develops a curiosity for learning, rather than conforming to teachers’ expectations,” says Ms. Nair.

Clive Elwell, who home-schooled his children, put together www.alternativeeducationindia.net back in 2003 when it was felt that parents did not have access to alternative schools, “although they were desperately looking for an education that did not destroy their children.” The parents’ forum on the site has since seen progressively enthusiastic participation.

However, a point that often comes up in the debate is whether a child who is home-schooled develops social skills. Chennai-based Montessorian Vidya Shankar believes that pro-social skills develop when children are around peers. “Though home-based education is good, teamwork and cooperation to do things together happens when they’re around other children,” she says.

While there are questions on the legality of home-schooling, due to ambiguity in the scope of the Right to Education Act, home-schooling parents soldier on, unwilling to compromise on the individuality that they say is curbed at “institutionalised, highly regimented” traditional schools.

Before we migrate to the US scene, a few lines about the support system for home-schooling are relevant. There are many support groups and websites and publications locally and globally offering support and insights on home-schooling. The leading among them is Homeschool.com website and Homeschool EMagazine. It proclaims itself as #1 homeschooling community. It says: “We help you to take learning from Ordinary to Extraordinary and advises prospects: “Getting started with Homeschooling? Check out our free resources”.

That home-schooling is a credible option is reflected in its status in USA as highlighted in an article by Motoko Rich in International New York Times (14-1-15).

Until recently, Pennsylvania had one of the strictest home-school laws in the US. Families keeping their children out of traditional classrooms were required to register each year with their local school district, outlining study plans and certifying that adults in the home did not have a criminal record. At the end of the year, they submitted portfolios of student work to private evaluators for review. The portfolio and evaluator’s report then went to a school district superintendent to approve. But in October, after years of campaigning by home schooling families in the state as well as the Home School Legal Defence Association, a national advocacy group, Pennsylvania relaxed some of its requirements.

Eleven states in the US do not require families to register with any school district or state agency that they are teaching their children at home, according to the Coalition for Responsible Home Education, a non-profit group that is pushing for more accountability in home schooling. Fourteen states do not specify any subjects that families must teach, and only nine states require that parents must have at least a high school diploma or equivalent in order to teach their children.

In half the states, children who are taught at home never have to take a standardised test or be subject to any sort of formal outside assessment. Once mainly concentrated among religious families as well as parents who wanted to release their children from the strictures of traditional classrooms, home schooling is now attracting parents who want to escape the testing and curriculums that have come along with the Common Core, new academic standards that have been adopted by more than 40 states.

According to the most recent federal statistics available, the number of school-age children who were home-schooled in the US was close to 1.8 million in 2011-12, up from 1.5 million five years earlier.

To conclude, even Mahatma Gandhi had his say on the subject: “There is no school equal to a decent home and no teacher equal to a virtuous parent.”

John B Monteiro, author and journalist, had his latest book, Corruption - India’s Painful Crawl to Lokpal, had it published in USA. Priced at US $ 21.5, it is available online from Amazon and other leading online distributors.