Humour: And the Love Blossomed

Nothing such existed until it happened. And when it happened, the love blossomed.

We were separate birds before we knew each other... And then one day our eyes met and love blossomed... And that love has kept us together.

The blossom remained the same all the years. It did not fade or wither.
Yes... And the love blossomed.

My husband is not as ordinary as Antony Gonsalves from the film Amar Akbar Antony. He is much more than that to me. I cannot leave him alone even for a while. May God keep us glued to each other forever and ever.

He is as big as that academy award to me. He is also a reward to me. Who would give me so much of bliss if it was not him on whose shoulders I can lean on, all the time? Yes, All the time. Love still remains blossomed.

A gum company approached us for an endorsement. They said they have never seen anything as gummy as us. We were very much interested to sign the contract. But the money they offered was not very attractive. So we refused. We do not accept peanuts.

I had promised in front of all during our wedding that I will live with him through good and bad times both. But as he is a politician more concerned about himself than his people, we never have bad times fortunately. Instead we always have happy times. I am told our people have tough times. “Life is like that only....” I tell these people in a philosophical way.

“Why you are always found with your husband on stage? Why you cannot leave him alone for a while?” Some mad organisers ask me.

You know what I tell them? “My husband has some health problems. He can fall unconscious any time. I do not want him to fall on others. I want to protect him.” 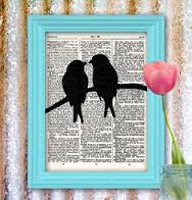 He has never fallen unconscious so far anyway. He may only fall unconscious if I do not accompany him to the stage even once. It is not because he has some health issues but because he is so much accustomed to my smile that he cannot live without it even for a second. What would he do if anybody refuses me to go with him to the stage? You just ask him only. But such situation has never come thanks to the sweet support of organisers.

I hate those people who talk about us being together, especially those humourists and satirist sadists who only know how to write. They are jealous of us.

What do those people who keep on talking about our unity gain? What do organisers give us other than two chairs? Does anybody have shortage of chairs? If that is the case, we will ask our supporters to carry chairs to the stage.

My only wish now is to be proclaimed ‘Saints’ before we die. We should become the first couple to be canonised as saints on earth while still alive. Are we not a beautiful living holy family?

I am the only spouse of a politician in India who makes sure that every constituency is represented by two chairs everywhere. ‘One post two chairs’ is a beautiful slogan coined by me.

Be it the madam from the big capital or the chief from the small capital, they always appreciate our togetherness. In fact they give way whenever I am about to mount a stage. Probably I am the only wife of a politician in this globe who has done the highest numbers of stage mountaineering.

There is a woman behind every successful man in societies they say. They are probably talking about the society of poor people. In the higher society of affluent people, there is a wife beside a successful man. We do not belong to this society even. In our unique society of extraordinary beings, there is woman in front of a man. If you have a look at our photos together, don’t you see me always in front of him and he is behind me? Yes, he is behind me, not after me as other husbands do. They are after their own wives and behind others’ wives. We are different from others.

When there is demand to reserve 50 % of the seats to women, our political system seldom practices it. Only my husband gives me 50 % reservation on stage.

I request all the male politicians to bring their wives wherever they go so that our functions get additional 50% crowd. You do not need to bring crowds in hired lorries anymore if you take my suggestion.

But if any woman insists that she also wants to occupy a seat on the stage like I do, then tell her that there is still time for her. Only a lady of my experience of more than twenty five years should be allowed to accompany her husband.

It is not easy to remain glued to your husband all the time. This is a milestone only a dedicated woman like me can achieve. I feel people like us should be given a new award like ‘Blossom Oscar award’. The award should be called so because it is as important as an Oscar award from the Hollywood and the award is about the blossom of love.

When we visit madam’s house, we do not remain as ‘united’ as we do here because we are not masters but servants there. You may not know about it because those appearances do not appear in photos anywhere. But here our servants will take anything from us as they have done for years.

If my husband is seen anywhere alone, you give me a buzz. I will give you a gold coin. What I mean to say is-you will not get a gold coin at all because I have never seen him venturing out alone in our married life. He is allowed only to go to the bathroom alone.

(This is a humour article. All views expressed here are solely those of the author)

By Richie John Pais
To submit your article / poem / short story to Daijiworld, please email it to news@daijiworld.com mentioning 'Article/poem submission for daijiworld' in the subject line. Please note the following:

Title: Humour: And the Love Blossomed