November 12, 2014
Turn the pages of any news daily in any language  on any day or turn on the news channel of your choice on any given day, seldom  will you pass a day without reading or hearing a story of petrifying, terrorizing and dehumanizing rape on a woman or abuse of a child taking place in some part of India! The incessant and unabated terror of rape on a land known for its culture and tradition has indeed brought India to limelight for the wrong reasons to say the least. The metaphor of terror or terrorism to describe the phenomenon of rape is apt because no girl or woman today can feel cent per cent secure in India as she steps out of her house during any time of day or night. The horrifying incidents of rape reported every other day have created a sense of phobia and uncertainty in the female population.
Almost two years have elapsed since the brutal and animalistic act of rape perpetrated on a physiotherapy student in Delhi on  Dec 6, 2012 on a moving bus –what is better known as  the Nirbhaya case -  and the country has witnessed numerous sexual assaults on women in different parts of India since then. Nirbhaya case which evoked an unprecedented public hue and cry against the crime of rape should   have put a permanent full stop to similar crimes or at least reduced them significantly. Despite the introduction of stronger legislation in many states, the said crime continues unabated.
Last year again, a medical student of Manipal University was abducted from the premises and gang raped. The incident, however, did not grab as much  attention of the nation as the Nirbhaya case. The suspicious rape and murder case of Sowjanya, a  pre-university student of SDM College Ujire, a town on the outskirts of Mangalore city has not seen a decisive end in spite of order for high level enquiry  by the  CID and CBI. This incident that cast the needle of suspicion on a high profile personality has failed in finding justice to the victim and its family so far.
In an interview to a private news channel, a female CBI officer narrated her agony of desperately waiting for justice in a case where she herself was the victim of sexual atrocities by a colleague. What does this imply in this case and innumerable other similar cases? Justice delayed is justice denied! 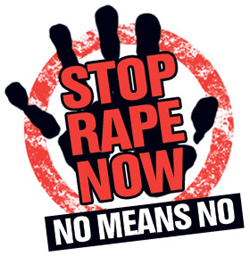 To submit your article / poem / short story to Daijiworld, please email it to news@daijiworld.com mentioning 'Article/poem submission for daijiworld' in the subject line. Please note the following: