November 8, 2014
Cases of divorces and maintenance are not only becoming more frequent by the day but are also fiercely contested through the hierarchy of appeals from the family courts to the Supreme Court. The higher judiciary is quick to send a message on married life through their Solomon-like handling and colourful language of their judgments. Happily it is percolating to the lower judiciary as reflected in the judgment of a Delhi court as reported by Sana Shakil in The Times of India (28-10-14) and excerpted here.
Holidays in Switzerland and Nigeria, and possession of three cars by his family proved costly to a businessman as he failed to convince a trial court of his modest Rs 2.1 lakh annual income, which directed him to pay Rs 50,000 per month as interim maintenance to his estranged wife.
The court rejected the man's claim of being unable to pay the amount, terming his story unbelievable. "He maintains an account with HDFC Bank and went for his honeymoon to Switzerland, and even visited Nigeria. The version of respondent (man) that he travels to his workplace by public transport or with his brother is not believable, especially considering that three cars-Honda Civic 1.8, Hyundai Verna, Hyundai i20 Sports-are maintained by his parents and siblings and are registered in the name of their business run by them," Metropolitan Magistrate Snigdha Sharma said. 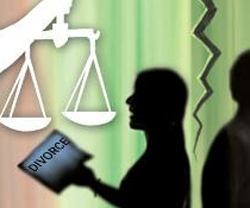 The court also expressed disappointment over the general practice of people not revealing their actual incomes to courts. Pointing out the need for eliminating such practices, the court said tax evasion has also become a norm in the country. "Unfortunately in India, parties do not truthfully reveal their income. Tax avoidance is the norm. Therefore, there cannot be mathematical exactitude in determining interim maintenance," the court said.
Holding that the man clearly earned Rs one lakh a month, the court said the woman was entitled to Rs 50,000 maintenance per month. To substantiate her claims that the man was earning much more than he revealed, the woman, in her plea said her husband did his MBA from England.
Yet another divorce/maintenance case where the higher judiciary upholds the lower judiciary order in favour of distressed dames comes from Mumbai. The Bombay High Court refused to interfere with an order of a lower court asking an industrialist to pay Rs one lakh monthly maintenance to his wife and two daughters and another sum of Rs 30,000 per month to them as rent towards accommodation.
A court in Vashi town in nearby Navi Mumbai had passed an interim order asking the industrialist to pay Rs 1.30 lakh to his estranged wife and children while hearing a domestic violence complaint filed by the wife. Justice M.L. Tahilyani said he also did not find anything wrong with an earlier order of a Delhi court asking the industrialist to pay Rs 20,000 per month to his wife and children as maintenance while hearing a divorce petition filed by him. The husband had challenged both the orders of the Navi Mumbai court as well as Delhi court. He argued that he was already paying Rs 20,000 per month to his estranged wife and children and therefore the Navi Mumbai court order asking him to pay the additional Rs 1.30 lakh was not justified.
“I do not find anything wrong in the orders of both the courts. As such these orders do not call for any interference,” the Judge remarked. However, he directed the trial magistrate in Navi Mumbai before whom the case filed by estranged wife is pending since last more than four years because of intervening proceedings to expeditiously decide it as soon as possible. The industrialist argued that the company in which he was a managing director had reduced his salary from Rs 24 lakh to Rs 6 lakh per annum. Hence, he had an income of Rs 50,000 per month and it was difficult for him to pay the Rs 1.30 lakh ordered by the Navi Mumbai court to his estranged wife.
His wife argued that he was a director of the company along with his brother and therefore it was easy for him to pass a resolution reducing his salary. He had done so to avoid making such payments ordered by the court to her, she alleged.
She argued that her husband was a director in as many as 10 companies and had enough income to pay her maintenance as ordered by the court.
Another recent instance of courts giving a leg up the weaker sex in matrimonial cases comes from Bangalore. A woman leaving her matrimonial house often to tend to her ailing mother cannot be considered as an act of cruelty against the husband, the Karnataka High Court said recently. The court was hearing an appeal from a man working in the film industry. The woman was expected to visit her mother suffering from ovarian cancer every now and then, a division bench comprising Justices KL Manjunath and AV Chandrashekara said adding: “Therefore, the act of respondent (wife) leaving the matrimonial house in order to go to her mother’s house often to look after her ailing mother cannot be considered as an aspect of cruelty.”
The bench dismissed a miscellaneous first appeal by the man challenging the December 12, 2012 verdict of the principal judge, family court, Bangalore. The family court had earlier dismissed the man’s application seeking dissolution of marriage on the grounds of desertion and cruelty. The family court had also chided the husband for filing divorce plea instead of being empathetic towards his wife. The high court said the evidence tendered by two neighbours goes to show that the wife stayed in her matrimonial house for more than one-and-a-half years. It also said the family court was right in observing that the amended application was an after-thought.
The Bangalore-based couple had married on November 3, 2006. Following differences with his wife, the husband, filed an application before the family court asking for divorce on the ground of desertion. After two years, he amended his application to include the allegation of cruelty also. His main allegation was that his wife often used to abuse him over his insufficient income and was frequently visiting her mother ignoring her duties as a wife.
The wife denied all his charges and claimed that she was forced to cook breakfast, lunch and dinner for over 15 people daily without the help of any assistant. She also claimed that her husband used to come home drunk late in the night and demanded money from her father to produce films.
The claims of men in such cases are rooted in their thinking that their wives are their property to do what they want with them. This ownership aspect is nothing new as reflected in the following passage from William Shakespeare, English dramatic poet (1564-1616) in Taming the Shrew:
I will be master of what is mine own;
She is my goods, my chattels, she is my house,
My household stuff, my field, my barn,
My horse, my ox, my ass, my anything;
And here she stands, touch her whoever dare.
Author and journalist, John Monteiro’s latest book, Corruption - India’s Painful Crawl to Lokpal, published in USA and priced at $21.5, is available online from Amazon and other major online distributors.