November 4, 2014
“This is All India Radio...”could be heard in the background from the radio hanging on my father’s shoulder. The dark shadows lingered around and were ready to pounce on our every step. The silhouette of trees fell on our every move. The moonlight fell on a few places but that did not light the whole road winding up the hill which led to my house. It was during plantation season and I could hear people in their hut drinking and singing folksong after a heavy day’s work.
My whole family was walking behind me and I was leading but not with a brave heart. I had to look behind after every step. After sometimes, I let my father lead the way and the rest of us followed him in line like the army patrolling the area. My father was busy tuning his radio for some old classical Hindi songs while the rest of us were busy making sure nobody was left far behind. 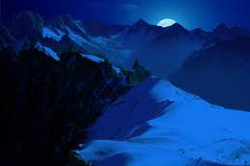 By Ashuli Kaisa
Ashuli Kaisa completed her Masters in English from St Aloysius College, Mangalore. She lives back in Northeast and pursues her career of writing, especially the folk stories of the place which are not yet recorded by any. Kalinamai, her village is settled on the foot of the mountain, below the racing clouds and is home for about eight thousand people. It is one of the oldest villages among the 48 Naga villages. The indigenous tribes live on hunting, rice, meat, vegetables and seasonal fruits. Hills and forest surround the village. Nobody knew where their ancestors came from. The rich oral tradition has been the only source of history handed to the present generation according to each narrator’s best knowledge and memory power. 'Legacy Episodes' try to capture the oral stories handed down to the present generation by their forefathers.
To submit your article / poem / short story to Daijiworld, please email it to news@daijiworld.com mentioning 'Article/poem submission for daijiworld' in the subject line. Please note the following: