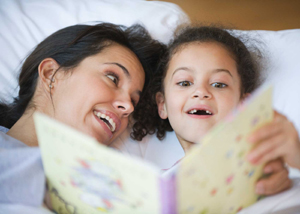 Once upon a time I told my kids a bedtime tale
At times they’d ask for Aladdin or Moby Dick the whale
Late at night, tucked in bed they’d point out to a book
Which took us to enchanted lands along with Captain Hook


While my daughter preferred Snow White, my son loved Peter Pan
If he cried Kreegah bundolo he meant please read Tarzan
Between The Railway Children and Fantastic Mr Fox
We met Mowgli the Man Cub as well as Goldilocks


Sometimes we’d plan adventures and search for Sherlock Holmes
Or dress up like the shoemaker in search of naughty gnomes
We modified some stories while we snuggled, laughed and cried
Pretend to drink some green stuff while I read Jekyll and Hyde

Red Riding Hood annoyed us and we said she was a fool
But we loved the Prince and Pauper, both of whom were super cool
Beauty could be quite a pest, she didn’t deserve the beast
Rip Van Winkle slept for long but woke up for the feast

I replaced books like Bambi with 1984
Atlas Shrugged, Lolita and Robinson Crusoe
Catching up on reading books I put aside for years
Was strangely liberating and it even brought some tears


I reread Kafka’s Trial and The Old Man and the Sea
Mocking Bird, Grapes of Wrath and Madame Bovary
And while I ticked the bucket list of books I meant to read
At times I missed the Giants and the Ogres whom we freed


While I browsed through Heart of Darkness my thoughts were far away
With Gremlins, trolls and dragons whom at times we had to slay
Reinventing stories we bonded just like glue
That stories connect people is tested, tried and true


Almost an empty nester now Time has gone so fast
The Tales of Peter Rabbit are now things of the past
Once upon a time...and they lived happily ever after
I can’t recall the thousand tales but won’t forget the laughter.