It was the end of yet another year again. The holiday season along with the kids’ summer vacation seemed to have arrived earlier than we had comprehended. It was that time of the year to take a break and venture on a family holiday. This year, we made a trip by road to the State of South Australia that lies towards the west of State of Victoria, where we reside. Believe it or not, there is a Kudla near Adelaide – the Capital of the South Australian State,which we did not miss to pay a visit. This piece of writing is all about Australian Kudla’s story.

For easy reference – I have used the term ‘Aussie Kudla’ to tag the Kudla in South Australia. The term ‘Namma Kudla’ is used to denote Mangaluru’s Tulu name in Karnataka state, India. 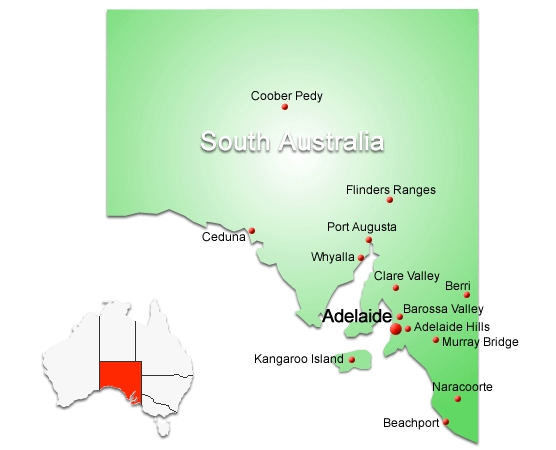 South Australia is one of the six Australian States (the other two are Mainland Territories) as the name itself suggests, south of Australia. The city of Adelaide is its capital. Kudla is a coastal suburb south of the town of Gawler (marked in the second map - fourth biggest town in the State of South Australia by population), just off the main North Road in southeast South Australia situated 34 km (21 miles) north-northeast from the city centre of Adelaide. The distance from Aussie Kudla to Barossa Valley (as marked in the first mini-map), one of Australia’s renowned wine producing regions is approx. 32 km. 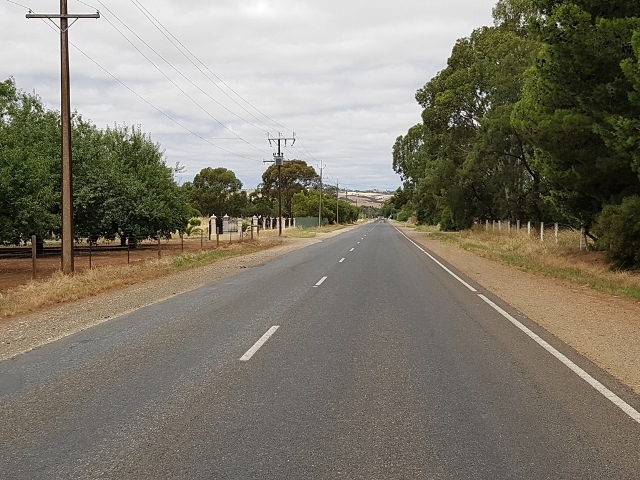 Kudla has a population of just around 694 as per the 2011 census and Australia being one of the least densely populated countries in the world, this comes as no surprise. The ratio between males and females is 54% male, 46% female respectively. The median/average age of the Kudla population is 44 years of age, 7 years above the Australian average.

Majority of the people in Kudla were born in Australia, their ancestors being English. However, compared to the rest of Australia, Kudla has an above average migrant population, with around 30% of residents born overseas. The top countries of birth for migrants in the area are: United Kingdom (7.6%), Italy (7.3%), Greece (3.6%), Laos (2.3%), Vietnam (1.7%), Netherlands (1.5%) and Croatia (1.1%).

The religious make up of Kudla is 60.5% Christianity with majority of them Catholics, with the group claiming that they do not follow any religion making up the othermain category. Buddhism made up of 4.1% and there were none following Islam or Hinduism. 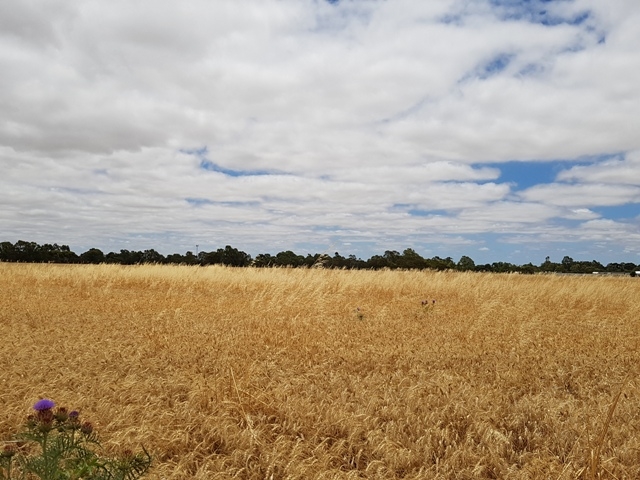 A day in summer in ‘Aussie Kudla’ with clouds hovering above, yet balmy

Summer in Aussie Kudla is between December and February and maximum daily temperatures average between 27.8 and 30°C with overnight minimums averaging between 14.7 and 16.6°C.

Summer days are balmy, averaging around 30°C in the hottest months.Winter is between June and August and maximum daily temperatures average between 15.3 and 16.3°C with overnight minimums averaging between 5.9 and 6.8°C. Winter days in Kudla are moderately cool but can be moderately cold if windy, dropping to around 15.3 °C. The annual rainfall of Kudla is about 438 mm and the most rain received by Kudla in a day was 100 mm. 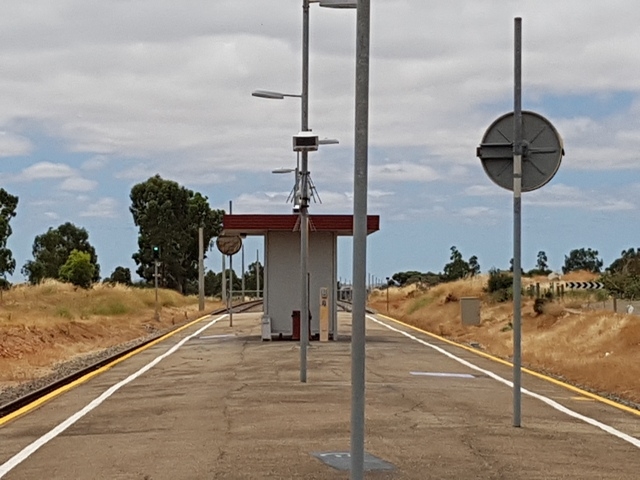 Kudla Railway Station is located on the Gawler line on Macalister Road, near 27 Wattle Terrace

Kudla Railway Station is a Station on the Gawler Line which is to the west of the Main North Road. Gawler Central Line (the rail route in Adelaide, South Australia) runs from the Adelaide Railway Station north to the town of Gawler on the outer fringe of the city where the line crosses Dalkeith Road. It is the longest of the Adelaide suburban railway lines. The Station was originally opened in 1959, possibly with a 'step down' platform and the current platform was constructed in 1961. By around 1987, the current platform shelter had been installed. If you want to get to the Kudla Railway Station, the address is Macalister Road, near 27 Wattle Terrace, Kudla. Stop codes– 18556 (Platform 1) and 16532 (Platform 2). 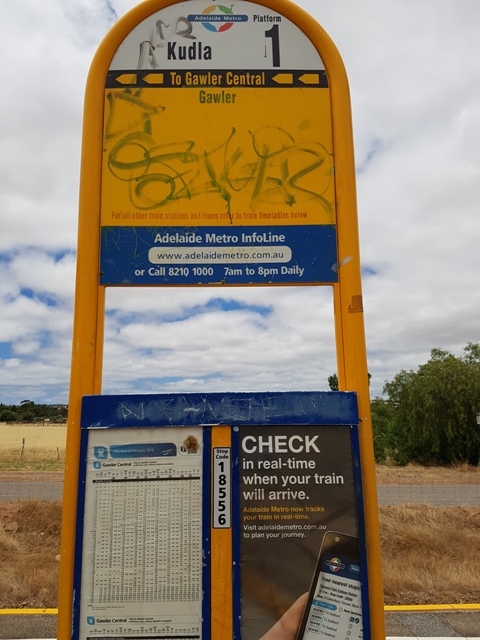 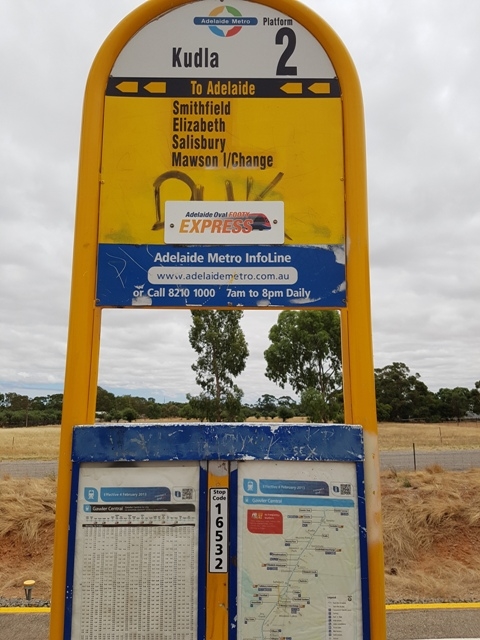 The Station is accessed by level pedestrian crossing. The frequency during peak time is every 30 minutes, weekend frequency every 30 minutes and the night frequency every 60 minutes. Having two platforms, with a centre platform layout, there is a Passenger Information Speaker. However, there is no Passenger Information Display, neither car parking or bicycle storage facilities nor toilets. 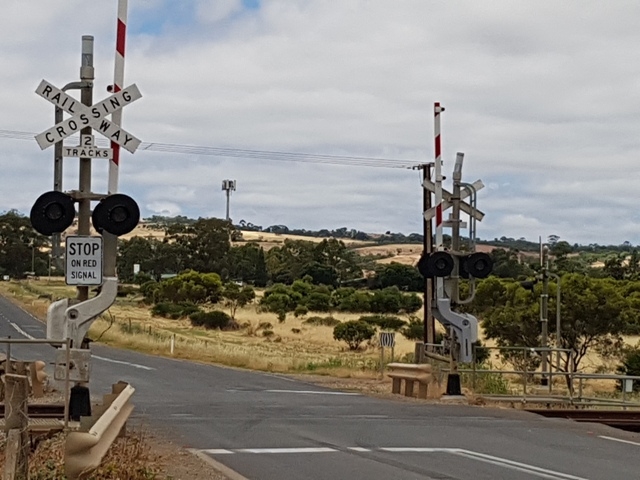 The Station is one of the least used on the entire network, due to it being located in a semi-rural neighbourhood between the suburban areas of Munno Para, Evanstown and Gawler. With successive governments, debate rages on from time to time whether it is viableto keep such a Railway Stationgoing which is sparsely used and whether all the trains passing this line should stop at the Kudla Railway Station. It was also revealed sometime ago that express services on the Gawler line will be drastically cut with only a few services. During our visit to the Railway Station, we did not get to see any trains pass by, however the Information Speaker had something to say about the trains being delayed that day.

The origin of the name ‘Kudla’: 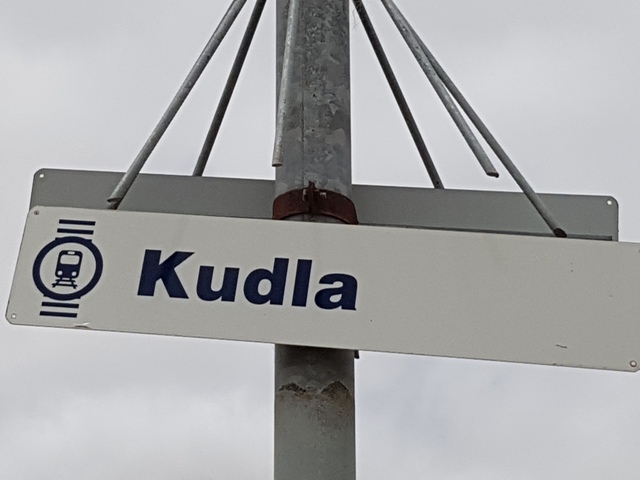 No need to get excited! Aussie ‘Kudla’ is not of Tulu origin and hence it has no relation with Namma Kudla. Aussie ‘Kudla’ is named after the Kudla Railway Station (opened in 1959) which in turn has been named from an Aboriginal word which means ‘level ground’, ‘open’ or ‘remote.’ (Indigenous Australians are the Aboriginal people of Australia, descended from groups that existed in Australia and surrounding islands prior to European colonisation. Australian Aboriginal languages consist of 27 language families and isolates). Some names are named in the reverse order, deriving from an existing property in the vicinity and Kudla falls under this category. The name for the Kudla locality was approved by the Council only in 1982, in preference to the other alternate possibilities. An email to the Gawler City Council as to the name and history of this place prior to 1982, drew a blank as that specific query among others was not answered. As we are aware, Mangaluru is known by the name 'Kudla' by the Tulu-speaking community which means 'junction' translated into English.

Apart from this Kudla in the State of South Australia, there is a ‘Kuddila Street’ in the suburbs of Rochedales and Engadine in the States of Queensland and New South Wales respectively. 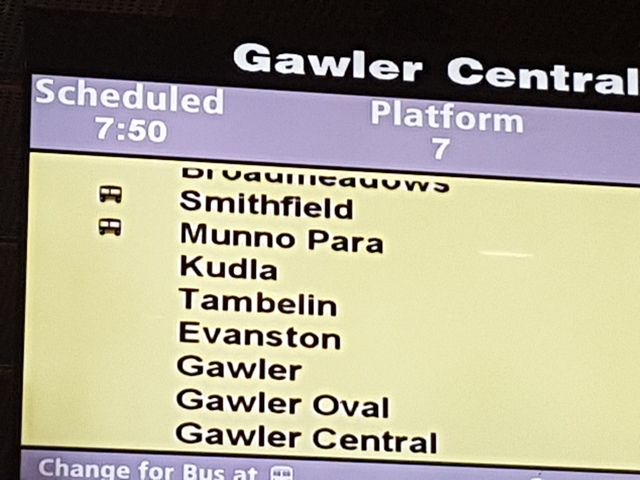 The electronic time table in Adelaide Central Station indicating the next train to Kudla departs at 07.50

• Gawler is reputedly the first country town in the state of South Australia and is named after the second Governor (British Vice-Regal representative) of the colony of South Australia, George Gawler. It is located about 42 km north of Adelaide and is close to the major wine producing district of the Barossa Valley. Topographically, Gawler lies at the confluence of two tributaries of the Gawler River, the North and South Para rivers, where they emerge from a range of low hills. Aussie Kudla, a locality just being about 8 km away from Gawler can be associated to our Namma Kudla which is also at the confluence of the two rivers - Nethravathi and Phalguni. 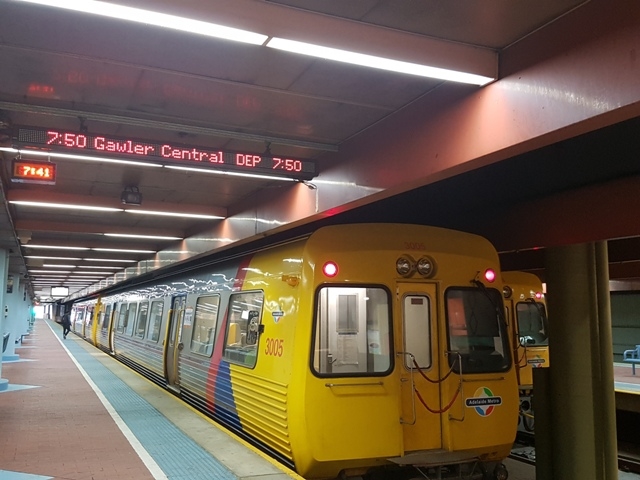 • Aussie Kudlajust like Namma Kudla is a coastal localityoff the Main North Road and is at times humid for the better part of the year.

• Aussie Kudla and Namma Kudla – both are above sea level. The former about 53.3m and the latter about22m. 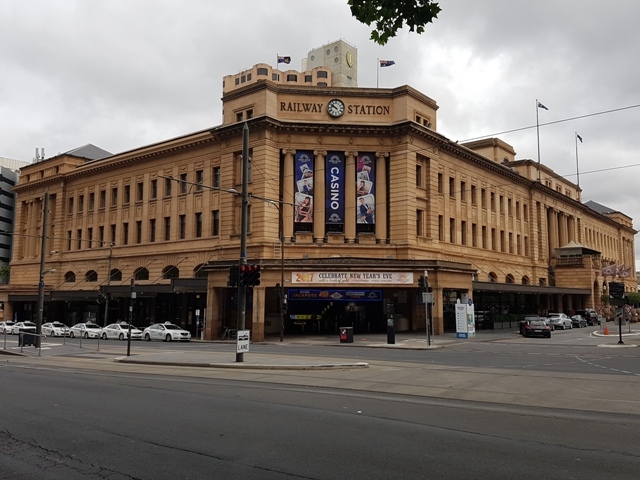 • All lines in the Adelaide Railway Station approach the Station from the west but I am not so sure about the Mangaluru Central Railway Station except for the fact when we stand on the Platform, trains approach from the right to the left.Readers could throw some light on this. The answer could determine whether there is a similarity or difference between the two of them.

A comparison of different censuses every five years denotes a lot of movement in and out of Kudla. Kudla has nothing much to offer and as such people may be migrating in search of greener pastures. Since the suburb is relatively cheap real estate wise and economical, many are moving in as well. As such, the demography constantly changes. The immediate adjacent suburb of Munno Para hogs the entire spotlight which includes a vast Shopping Centre that is just a kilometre away from the Kudla Railway Station. Many of the streets of the two suburbs overlap each other and are better known to be in the suburb of Munno Para in such acontradictory situation.

We criss-crossed inner roads of ‘Aussie Kudla,’ many of them unsealed with dust spraying all around. It appears to be a bit underdeveloped compared to other parts of South Australia that we travelled. All we found was vast expanse of nature with a few spots covered neatly with trees and crops. Many houses were new, but majority were of battered condition so to say with cattle outnumbering perhaps the occupants of the house. We failed to even locatethe suburb’s main sign board. The only name board we found was on Platform 1 of the Kudla Railway Station and the one on Platform 2 missing. The Railway Station itself is in a dilapidated condition and not maintained with graffiti sprayed all around. Either side of the Station is not even tarred.

As a result, Kudla Community Inc. (KCI) was formed in 2010 to represent the views of Kudla landowners who support the rejuvenation and improvement of the Kudla area. The objectives of KCI are to promote the development and landscaping of Kudla and to petition relevant public authorities for the provision of infrastructure and facilities and over time redevelop Kudla into ‘South Australia’s Greenest suburb.’More details can be had from the KCI website www.kudla.org.au. KCI was formed in 2010 and going around the suburb six years later, it appears there has not been much headway. 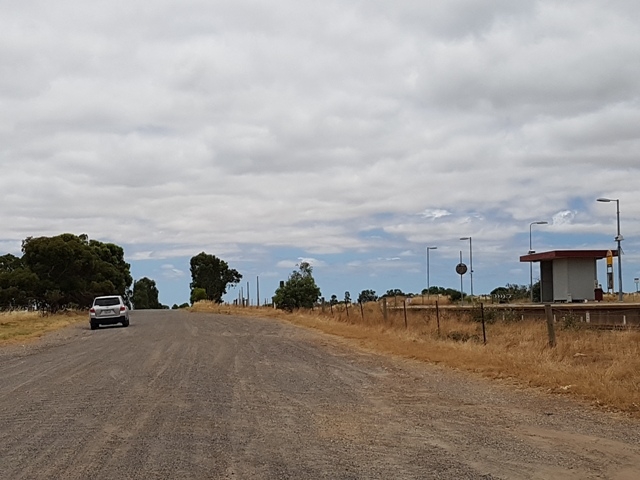 The road on either side of the Kudla Railway Station is unsealed. The Station itself is not maintained and is in a dilapidated condition 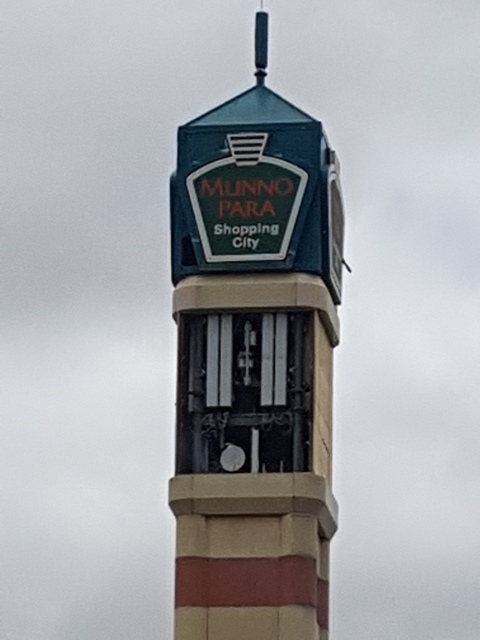 Meanwhile, our visit to Kudla, South Australia has had its own fragrance and lingers on as we continue to brag that we might have been the first people ever from ‘Namma Kudla’ to visit ‘Aussie Kudla’ and thus have experienced the better of the two worlds.

I will leave you with a few more pictures of ‘Aussie Kudla.’ 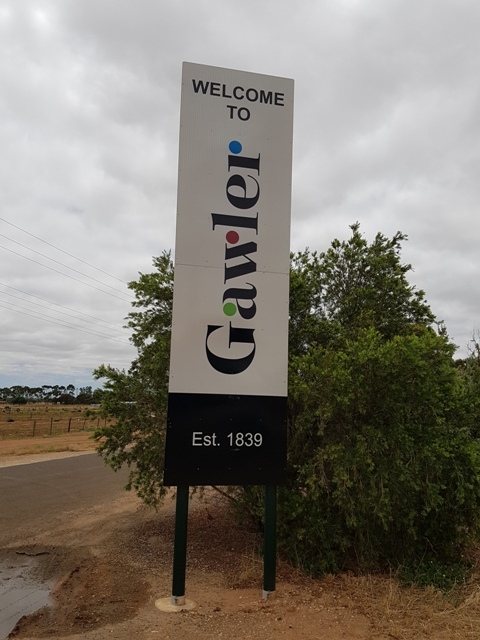 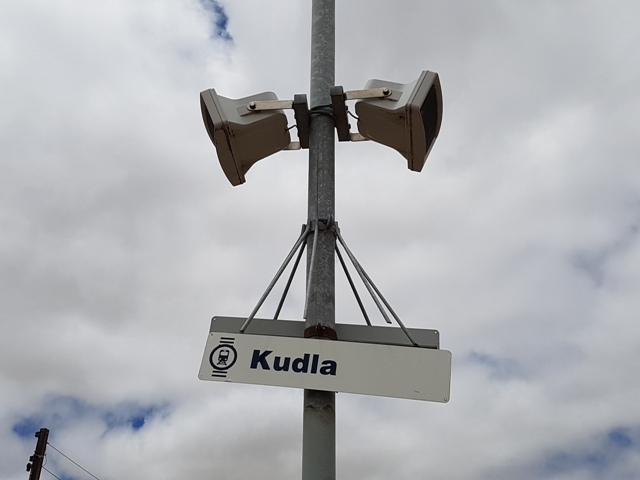 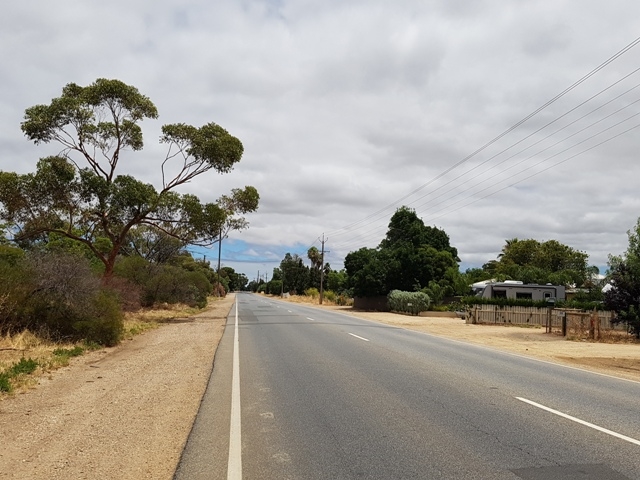 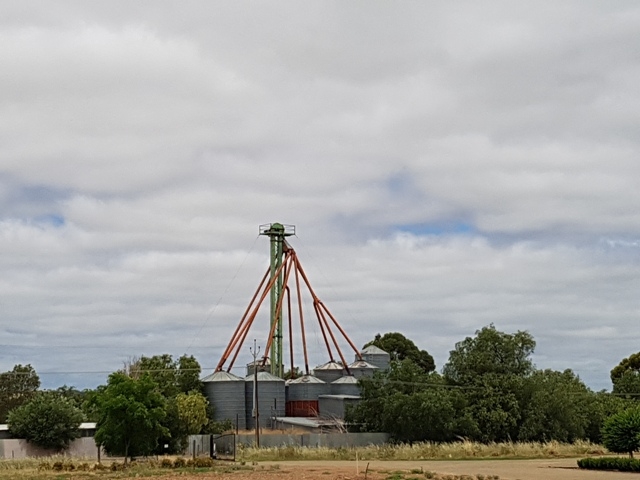 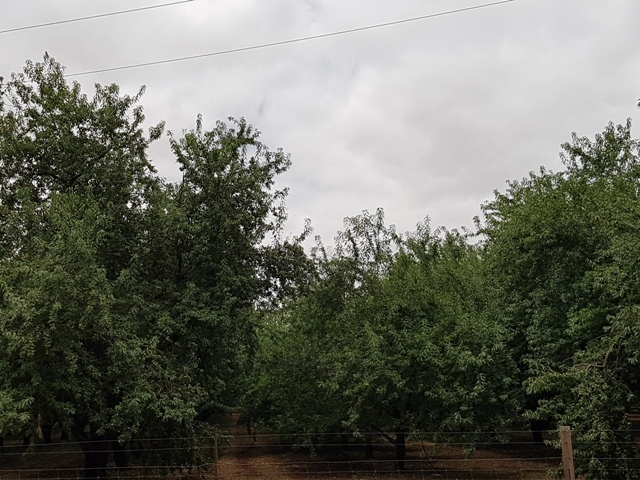 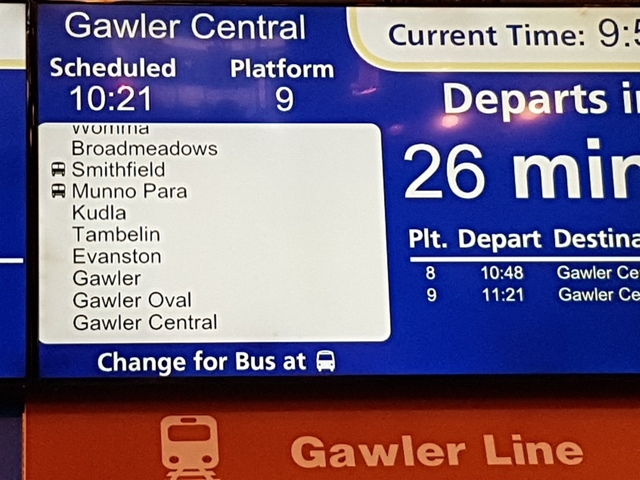 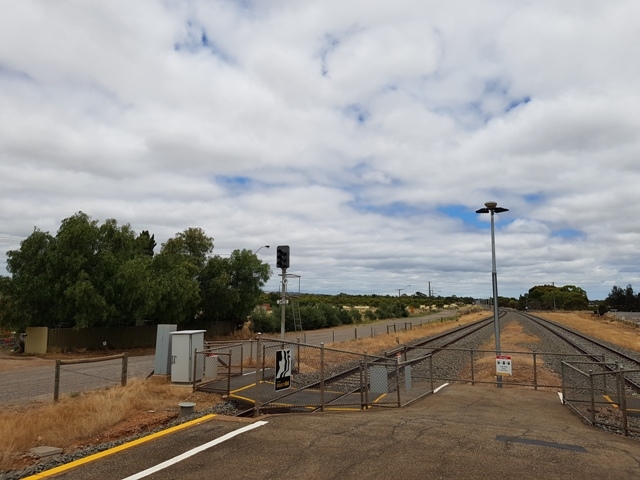 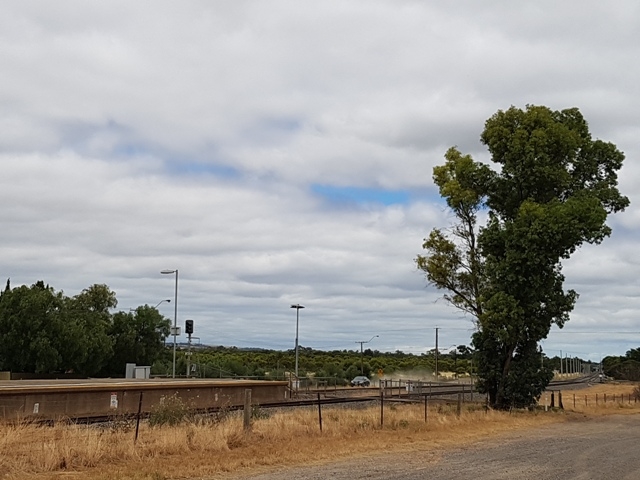 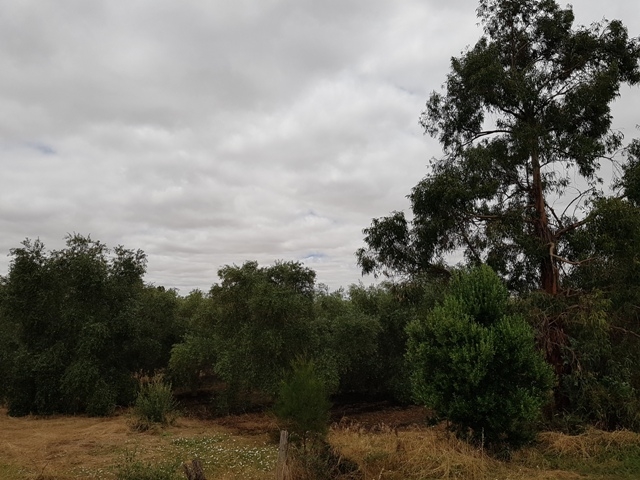