Panaji, Sep 9 (IANS): Goa Chief Minister Pramod Sawant on Thursday said that the creation of the Training, Internship and Placement (TIP) cell has an objective to provide jobs to the youth of the coastal state in the industrial sector.

Sawant was speaking after inaugurating the TIP cell of the Directorate of Higher Education in state capital Panaji. 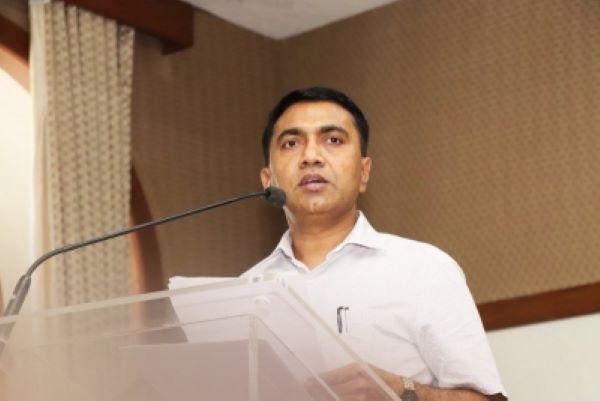 "The creation of the TIP cell with the tagline 'Inspire to Aspire', an initiative under New Education Policy by the Directorate of Higher Education, has an objective to provide jobs to youth of Goa in the industry sector," he added.

He said that the Directorate of Higher Education from the last three years conducted placement drives for B.Sc Computer Science students of various colleges, which resulted in recruiting nearly 40 IT students.

Sawant appreciated the representatives of various IT industries for providing employment avenues for IT students in the state.

"Government has made available adequate infrastructure for the industry sector for operating their industries in the state. IT industries in collaboration with the government through the TIP cell of the Directorate of Higher Education have strived to provide employment to the youth of Goa," he added.

The 40 students, who received placement from IT industries in Goa and who are already employed, were given offer letters by the Chief Minister.

Under the TIP initiative, students pursuing IT courses from various colleges were invited to attend the placement drive and as a result, 40 students were directly recruited and issued offer letters.