Mangaluru, Aug 19: All India Hindu Maha Sabha installed a banner having the photos of Nathuram Godse and Veer Savarkar at Surathkal and Panambur on Thursday, August 18.

Earlier, the Hindu Mahasabha had courted controversy when they displayed a banner with photo of Savarkar on August 14 at Surathkal flyover. 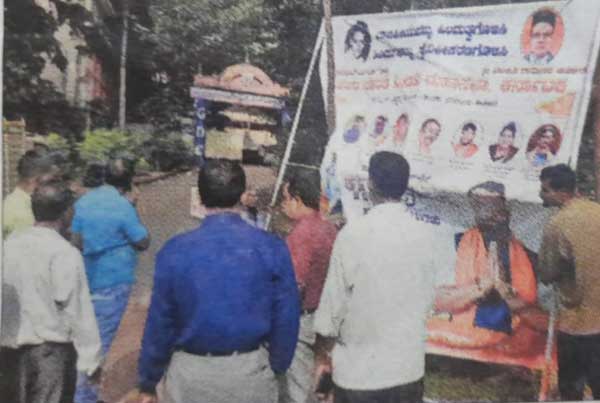 As the police department received complaint, personnel of health and revenue department removed the banner on the order of commissioner of Mangaluru City Corporation.

Police security is beefed up in Surathkal in the wake of Sri Krishna Janmastami.