Kasargod, Aug 18: The cyber police have arrested a fraudster who took Rs 8 lacs from a girl promising to marry her and then cheated her.

Surathkal resident Bonoy alias Sanath Shetty is the youth arrested in this connection. He started a matrimonial website named Sangam.com, created his fake profile stating that he is a doctor and cheated the girl of Rs 8 lacs.

Police personnel who were watching his social media networks for several months found that he was changing his residences from Mumbai, Hyderabad and Bengaluru. Police followed his locations and obtained details about him. 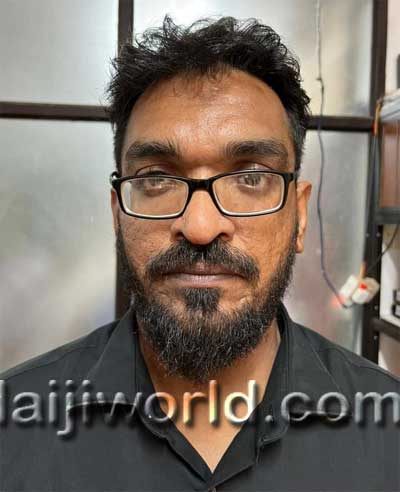 He was arrested from his residence in Surathkal on Thursday, August 18 morning.

Police are also investigating if he has cheated anybody else.