Bengaluru, Aug 14 (IANS): Ahead of the 75th Independence Day celebrations on Monday, Karnataka is witnessing a political controversy over a newspaper advertisement and a poster celebrating the occasion. Former prime minister Jawaharlal Nehru, and Tipu Sultan are at the centre of the storm. 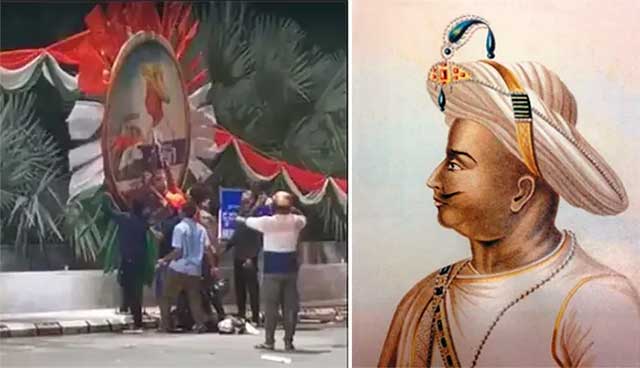 In an open letter addressed to Chief Minister Basavaraj Bommai on Sunday, Karnataka Pradesh Congress Committee chief DK Shivakumar stated: "It is an occasion for every Indian to respect the memory of our freedom fighters, more so, the ruling party in power. But the sacrifices of Pandit Nehru have deliberately been ignored in the newspaper advertisement issued on Sunday. It is not right on your part. I urge you to apologise for this mistake and uphold the truth of history."

Earlier in the day, the Congress attacked the state government over the vandalisation of Tipu Sultan posters on Saturday night.

The posters of several freedom fighters were erected by the Congress party ahead of its Freedom March event in the city on Independence Day. The historical figure is the centre of controversy in Karnataka with the Hindu groups accusing Tipu Sultan of religious bigotry while the Congress insists he is a secular freedom fighter.

D.K. Shivakumar called for the arrest of those responsible for tearing down the posters.