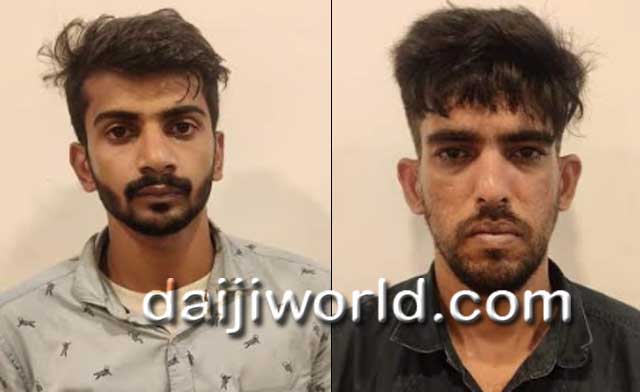 Acting on a definite tip off, police personnel led by Vidyanagar station SI Anoop Kumar stopped a bike during vehicle checking at Patla Kudreppadi. But the bike rider did not stop at the instruction from the police. When the police chased the bike, the accused tried to flee after stopping the bike. But the police overpowered both of them.