Mangaluru, Aug 12: The city police on Friday, August 12,  arrested an accused who has several criminal cases against him in various police stations and was evading the arrest warrants repeatedly.

The arrested accused is identified as Mohammed Faizal (33) alias Cabaret Faizal, a resident of Thodar village in Moodbidri.
It is learnt that the accused has several criminal cases against him under the limits of Moodbidri , Bajpe , Mangaluru rural, Ajekaru and Venur police station limits. So, the court had issued arrest warrants in a few cases against Faizal.

According to police, Faizal tried to elude the arrest when police went to his house for the same. In a complaint filed by a police officer, it is said that Faizal tried to attack a police personnal who was on duty with a dragger. 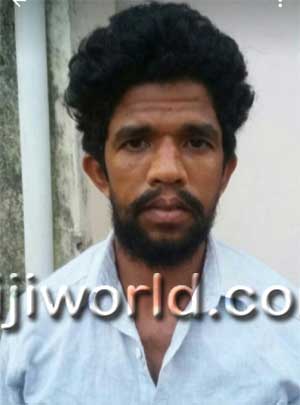 Police have also booked a new case against him under IPC Section 353 against Faizal.

His father Hameed also has been booked for obstructing government officials on duty and abusing them.