Chikkamagaluru: No compensation for flood victims even after 3 yrs – Victims enraged

Chikkamagaluru, Aug 8: The state government has completely failed to give alternative relief like land or houses to the victims of flood that occurred in 2019 at Malemane village of Mudigere taluk of the district.

The victims have threatened to drink poison and kill themselves in front of the taluk office if compensation is not provided soon. 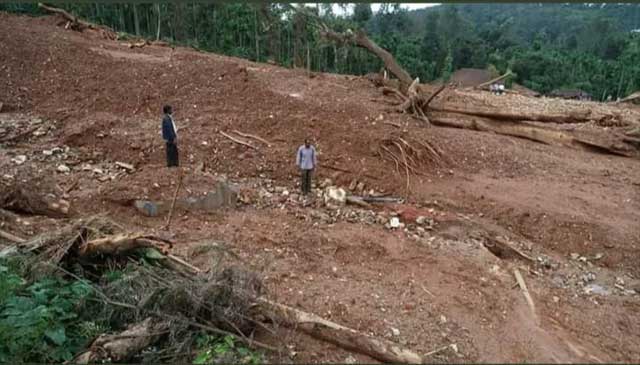 Landslides occurred in 2019 at Malemane and five families lost their houses and land. They were put up in gruel centres initially and later lived in rented houses as per the assurance of the government.

The then CM of Karnataka Yediyurappa had promised to provide suitable relief after visiting the place himself. However, even after three years of the disaster, the government has not given any compensation. They were provided only Rs 1 lac to rebuild their house.

Recently, the victims had written a letter to the president of India seeking mercy killing. The local MLA and DC had convinced the victims that compensation and rehabilitation will be paid soon due to which they recalled their protest.

The victims are enraged that the government has not kept up its promise. Now they have threatened to kill themselves in front of taluk office in the month of August as three years get completed after the devastating landslide which made them shelterless.

Title: Chikkamagaluru: No compensation for flood victims even after 3 yrs – Victims enraged