Udupi, Aug 7: Weightlifter Gururaja Poojary, bronze medalist in the men's 61-kg category at the Commonwealth Games 2022 in Birmingham received a grand welcome by the district administration on Sunday, August 7. Prior to that He was personally received and congratulated by Dharmasthala Kshetra Dharmadikari Veerendra Hegde, BJP state president Nalin Kumar, MLA Umanath Kotian at the Mangaluru airport. 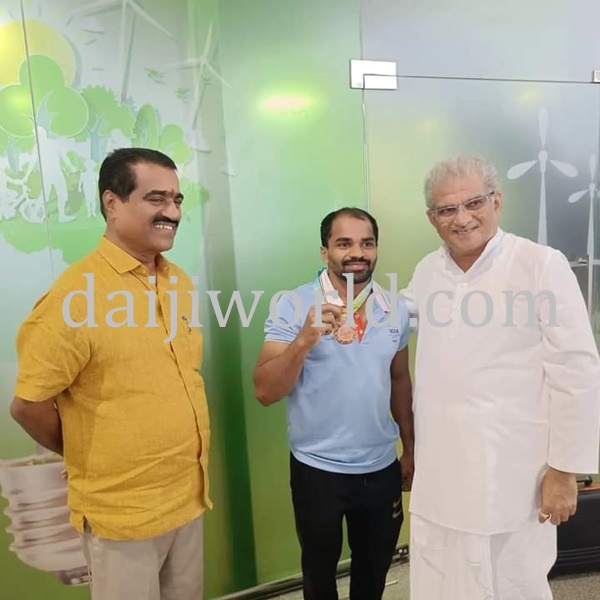 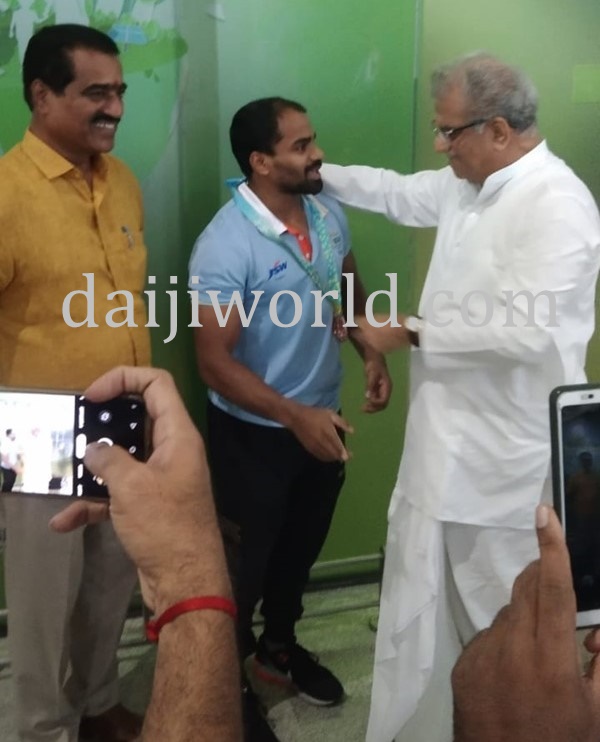 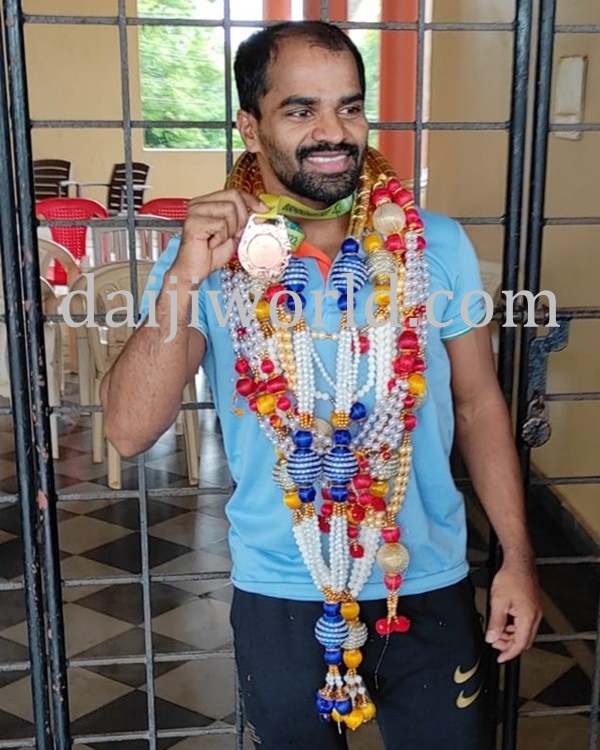 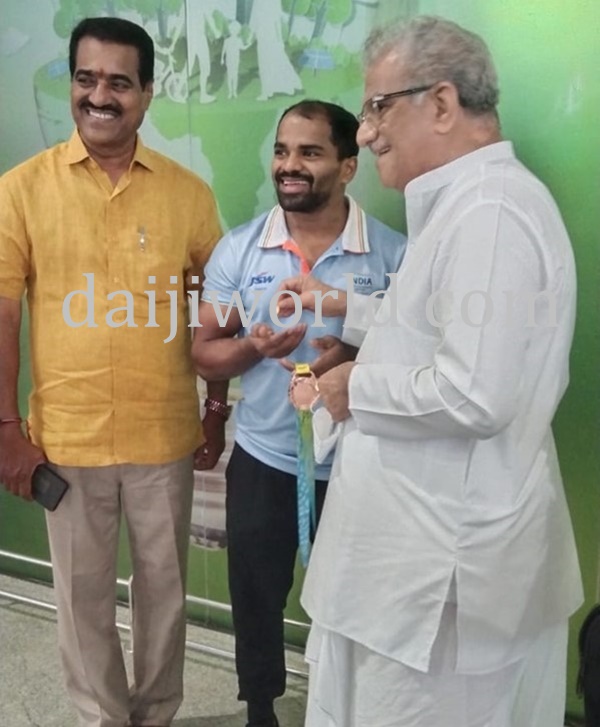 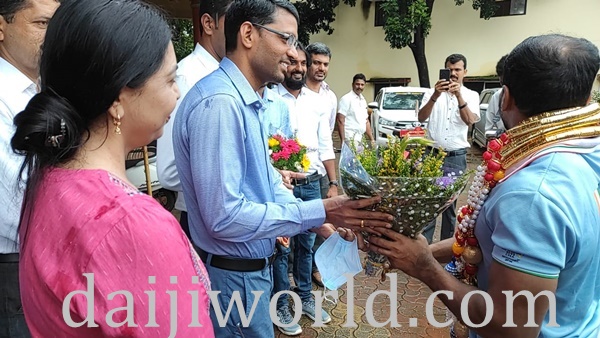 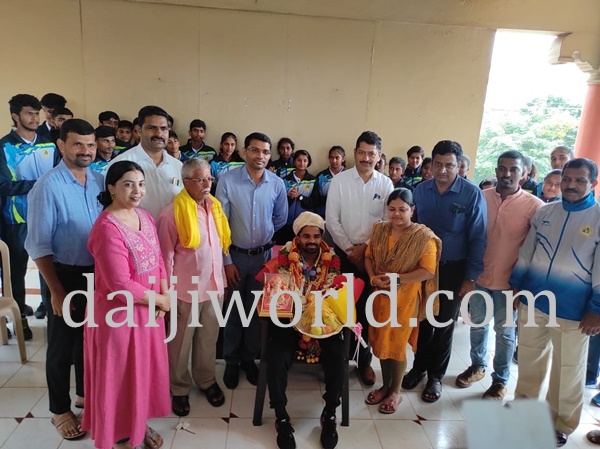 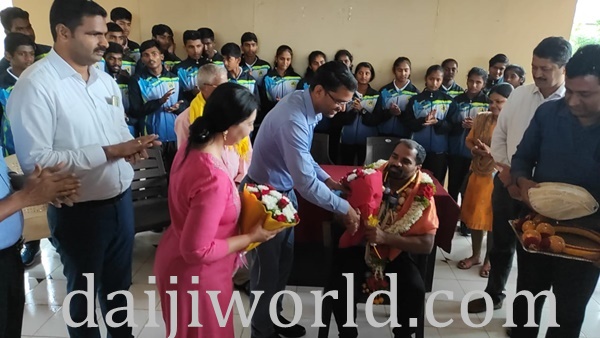 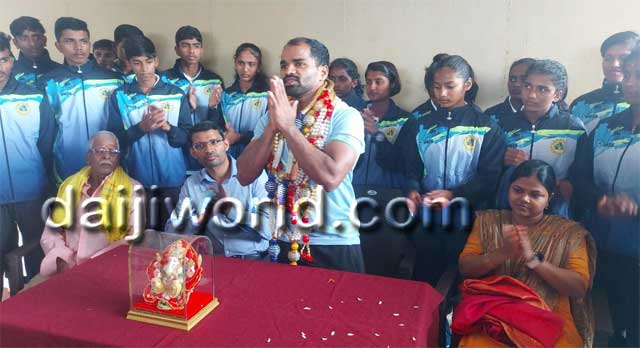 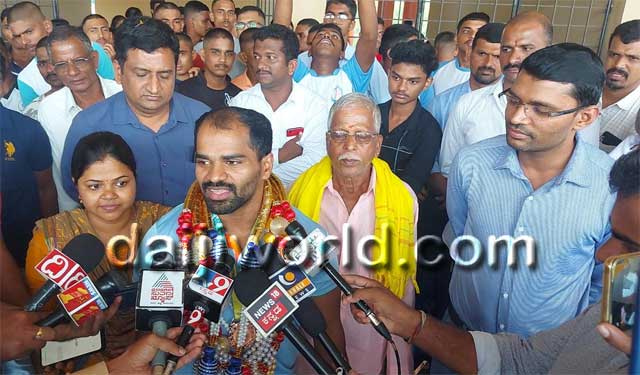 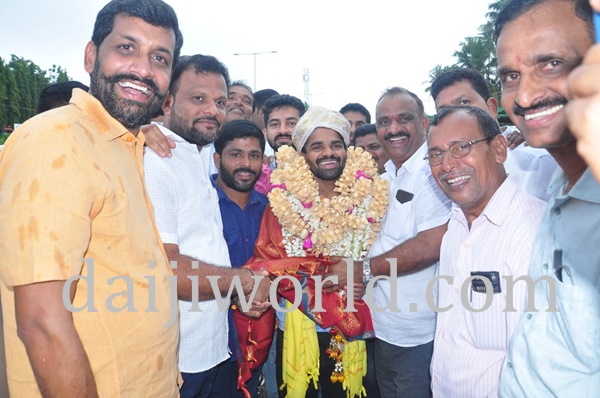 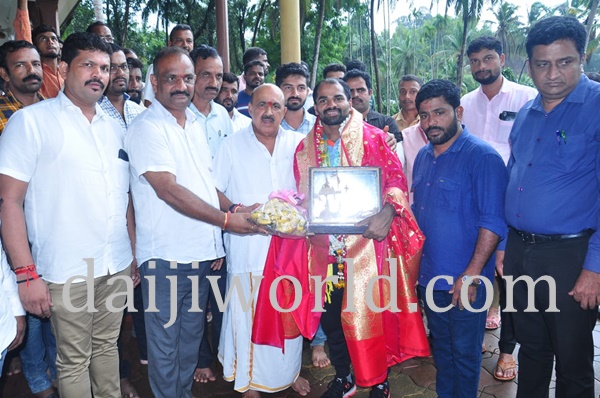 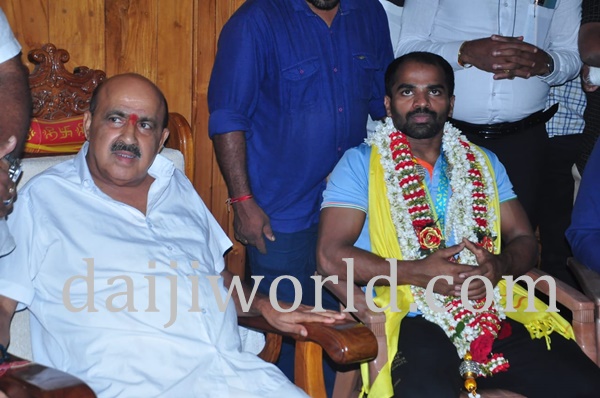 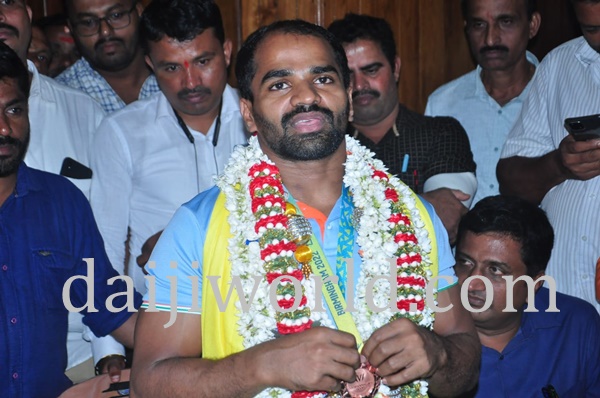 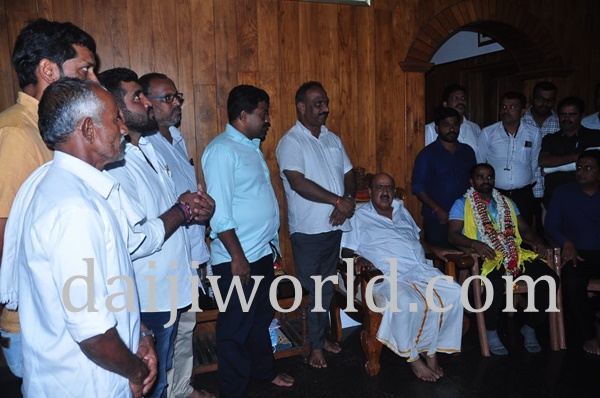 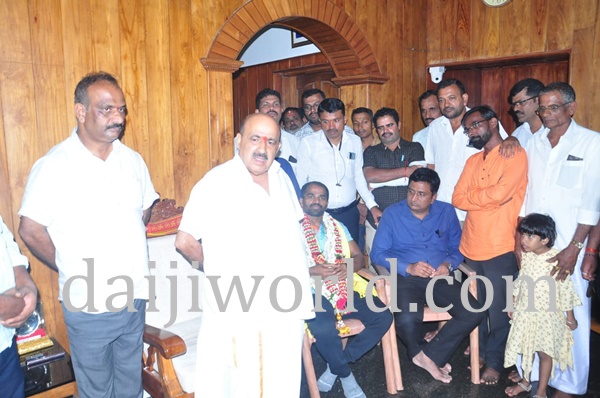 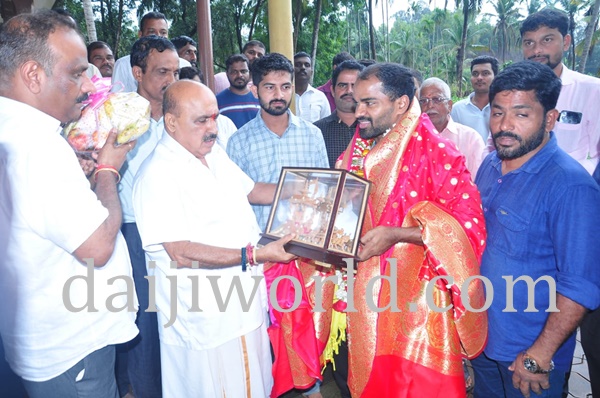 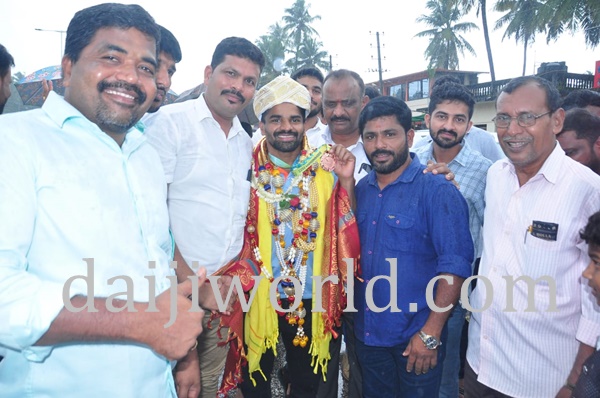 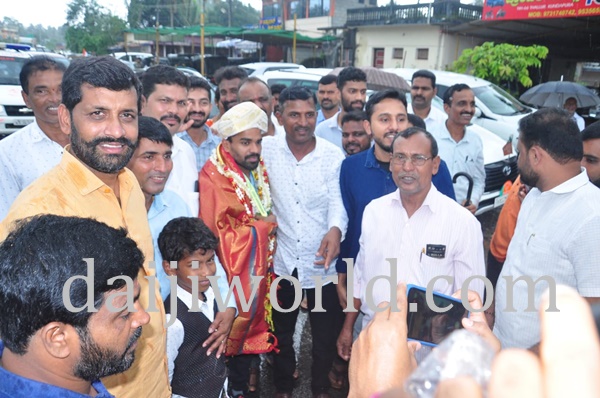 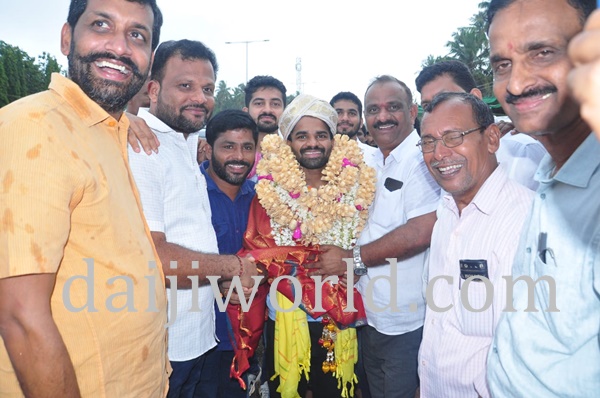 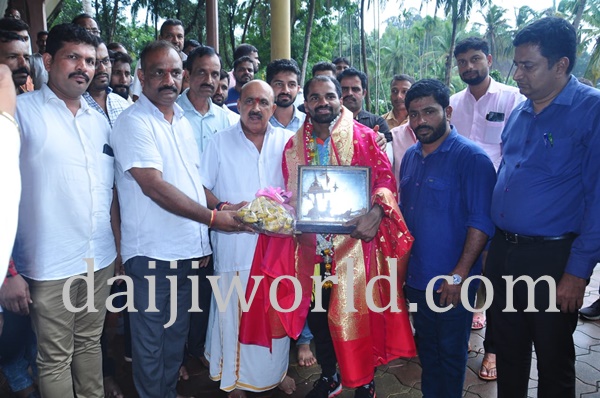 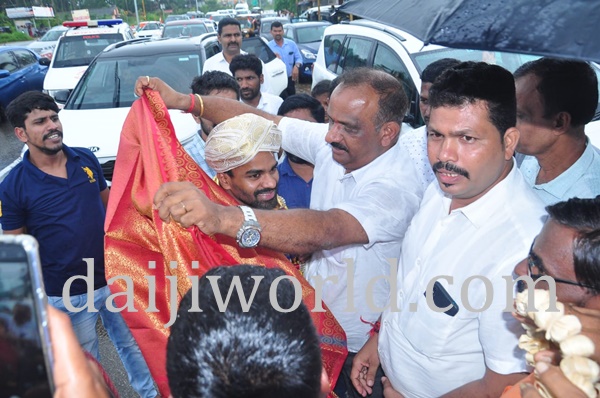 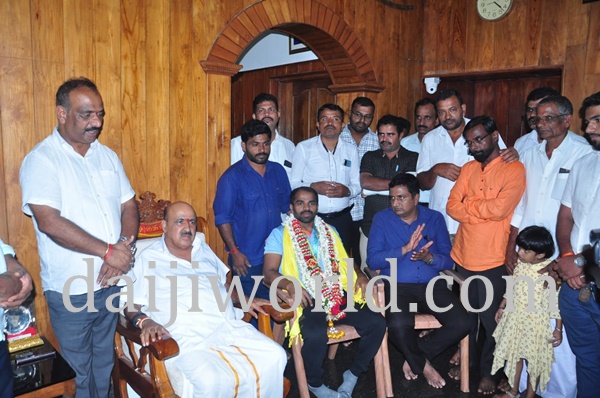 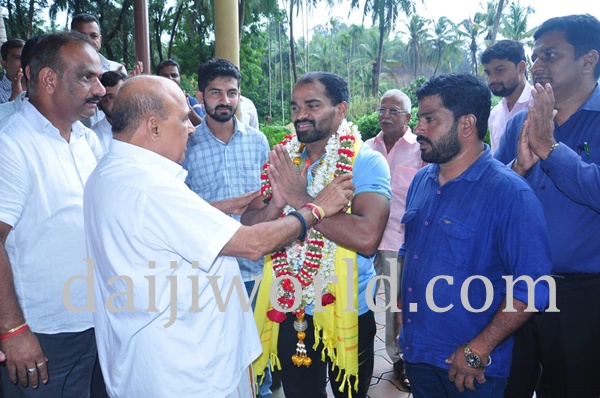 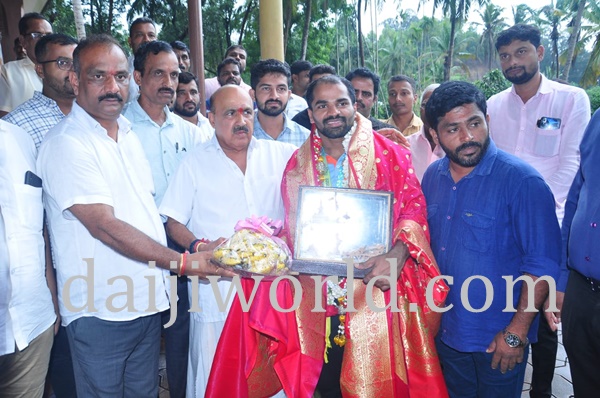 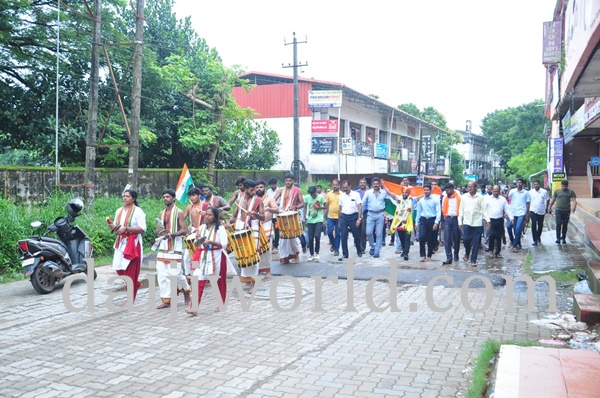 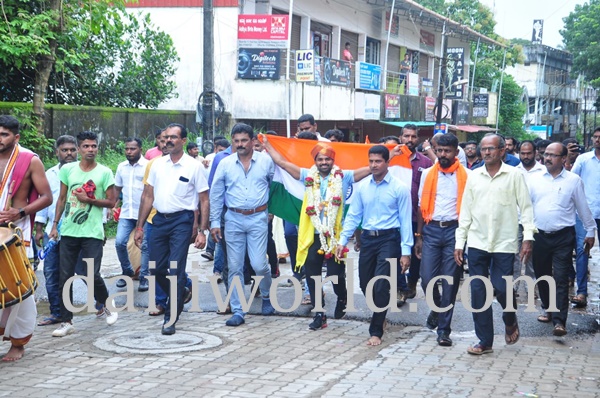 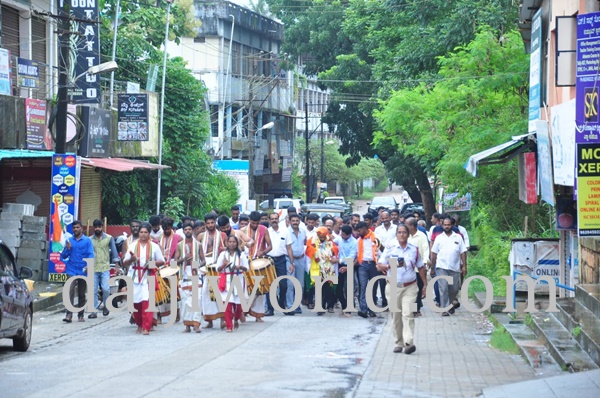 Later, speaking to reporters, Gururaj Poojary said, "I am feeling very happy that I won a medal for  our nation. I would like to advise the rural talents that dedication, hard work and sincere efforts are important to achieve success. Focus on the sports field of your interest at the age of 14-15 years. Get proper training for that. With the Indian contestants giving their best performance in the Commonwealth Games, I hope that we win more medals this year and will go higher up in ranking."

Gururaj Poojary was accorded a grand welcome in his native district Kundapur. He was felicitated by Hercules Gym and Fitness. Later, the police department felicitated him. A procession was held in his honour towards his home in Jiddu, near Vandse in Chitoor village. Gururaj Poojary was also felicitated in Talloor, Katbelthoor by former MLA Gopal Poojary and in Nempu circle.

MLA B M Sukumara Shetty also felicitated him at his residence. Later, he was felicitated in Vandse. Gururaj also went to Kollur, Maranakatte Bramha Lingeshwara temple and offered prayers.