Shiv Sena MP Raut was arrested by the Enforcement Directorate (ED) in connection with the Patra Chawl land scam and has been sent to a four-day ED remand by a Special court in Mumbai on Monday.

Apart from Shiv Sena, other opposition parties also slammed the Centre over Raut's arrest. Former Congress President Rahul Gandhi said, " The message of the 'Raja' (King) is clear- 'whoever speaks against me will suffer'. Efforts are on to break the morale of political opponents and silence the truth by using the government agencies... Well, in the end the 'truth' will win, and the ego will lose." 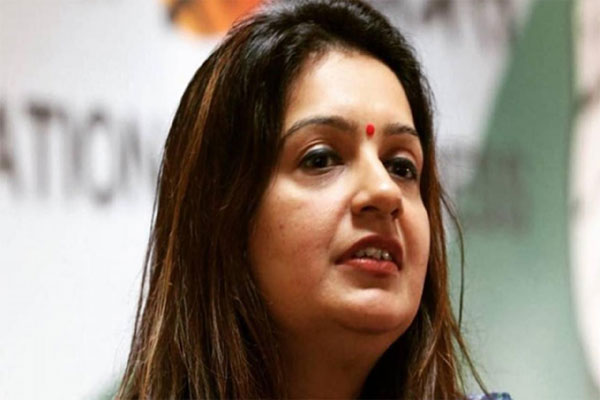 Chaturvedi told IANS, "We raised the issue in Rajya Sabha and also demonstrated against the arrest. He (Raut) is our leader and we will continue to raise our voice for him."

"ED was seeking remand for eight days, but the court has given the remand of four days to the agency. This proves that he is just being harassed, the allegations against him are wrong. We won't sit quiet," she added.

Responding to a question about the opposition's unity on the issue, Chaturvedi said, "ED is taking action against Sonia Gandhi and Sanjay Raut, we all leaders of the opposition party are united in the Parliament. We are protesting. Be it Satyendar Jain or Manish Sisodia in Aam Aadmi Party, action is also being taken against them. Thus all political parties have to understand that this fight is not of any party alone, but it is everyone's fight."

"Today if they acting against us, tomorrow they will do the same with you…," she said, claiming that soon this fight would happen within the BJP and the ED would be taking action.