Bengaluru, Jul 7 (IANS): Search is on for the first standard schoolgirl, who was washed away in the floods while returning from school in Thogarihankal Gram Panchayat limits in Chikkamagalur district last week.

She was accompanied by her elder brother and friends. 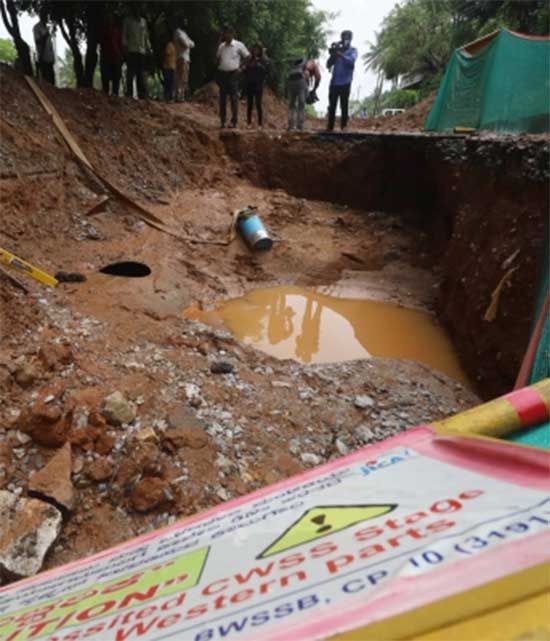 Three labourers from Kerala were killed in a landslip in Dakshina Kannada as heavy rain pummeled most parts of Karnataka leaving behind a trail of destruction.

Meanwhile, the major rivers in the state have reached dangerous levels. Heavy downpour in the Cauvery Catchment area have sent the authorities of Kodagu district in a tizzy. As the Cauvery river is in full spate, cities and towns around it are fearing floods.

Kodagu district has experienced repeated mild earth tremors in the recent past and people are also fearing major landslides.

Due to the landslide in Mukkuda near Panjikallu village in Bantwal taluk of Dakshina Kannada district three laborers from Kerala lost their lives. The deceased are identified as Biju (45) from Palakkad, Santhosh (46) from Alappuzha, Babu (46) from Kottayam. Jhonny (44) from Kannur has been rescued.

The laborers who worked in rubber plantations, got buried under a pile of mud as a hill collapsed on their shed where they resided.

The rains continued to batter Dakshina Kannada, Uttara Kannada, Kodagu, Belagavi, Hubballi, Shivamogga, Chikkamagaluru and other districts of the state.