Bantwal, Jul 6: “ASP Shivamshu Rajput who has been preventing illegal mining, illegal sand business and gambling that was being conducted with the support of Bantwal and Beltangady MLA. He has been transferred due to political pressure,” alleged former minister B Ramanath Rai.

Speaking in a news conference held at Panemangalore block Congress office he said that this transfer is politically motivated. “The police officer who has been doing good work has been transferred all of a sudden. We had protested alleging uninterrupted sand mining and that there are problems to Guhatheertha because of it. BJP is advising others but people should advise them. A load of sand is costing about Rs 15 thousands. People constructing houses are facing hardship. Those who have obtained sand permits at one place are indulging in sand mining at all the places,” he said. 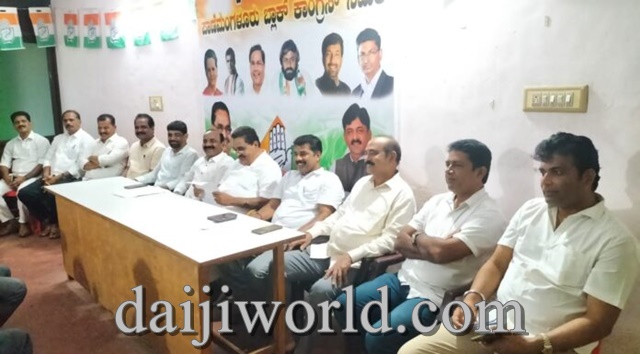 “Attempted murders and assaults are reported at gambling dens. There are some who have pledged the Karimani chain of women for gambling. The roads near sand mining are completely damaged. I strongly allege that the MLAs of Beltangady and Bantwal are supporting the miscreants,” he said.