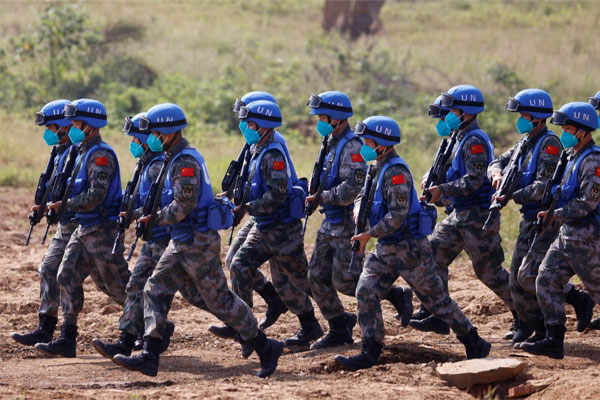 India has contributed 2,385 troops and 30 police personnel to UNMISS.

Subramanian was the commandant of the Defence Services Staff College (DSSC) appointed in February this year, according to its website.

The UN said that Subramanian was most recently the General Officer Commanding, Military Region Operational and Logistic Readiness Zone in Central India "contributing to the Army's operational and logistic preparedness".

He had earlier served in a UN peacekeeping mission in Sierra Leone in 2000.

He studied at the Sainik School in Amaravatinagar in Tamil Nadu, the National Defence Academy, Khadakwasla, and the Indian Military Academy, Dehradun.

He has commanded an Air Defence Regiment in Desert Sector and an Infantry Division in Eastern Theatre, according to the DSSC.

The Security Council created UNMISS to consolidate peace and security and later extended the mandate to protect civilians and help human rights monitoring and provision of humanitarian aid.

Rwanda is the top troop contributor to UNMISS with 2,643. Nepal has deployed 1,751 troops in the mission and Bangladesh 1,627.