Canberra, Jul 5 (IANS): The Reserve Bank of Australia (RBA) on Tuesday raised interest rates by 0.50 basis points (BPS), bringing the new rate to 1.35 per cent as the country continues to battle rising inflation.

The 0.50 per cent increase marks the third consecutive month the RBA has lifted interest rates from their "emergency" level of 0.10 per cent maintained through the Covid-19 pandemic, reports Xinhua news agency. 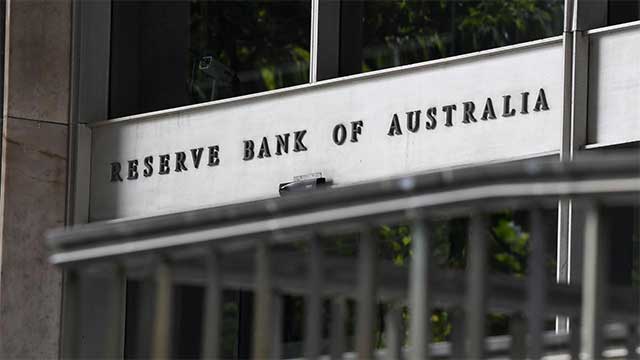 RBA Governor Philip Lowe, in the monthly statement about monetary policy decision, once again said the move was a withdrawal of "extraordinary monetary support" put in place to support the Australian economy during the pandemic.

"The Board expects to take further steps in the process of normalizing monetary conditions in Australia over the months ahead."

Headline inflation in Australia currently sits at 5.1 per cent, more than double the rate of wage growth which was at 2.4 per cent in the year to March, according to the Australian Bureau of Statistics (ABS).

Lowe acknowledged that this disconnect as well as the increase in mortgage prices were beginning to put pressure on household budgets and presented a "source of ongoing uncertainty" for Australia's economic outlook.

"Although household budgets are under pressure from higher prices and higher interest rates... The household saving rate remains higher than it was before the pandemic and many households have built up large financial buffers," he said.

The Australia New Zealand Banking Group (ANZ) has forecast that inflation would peak at 7 per cent in the second half of the year, and the RBA would steadily lift the cash rate to 2.6 per cent by early 2023.

Rising interest rates have begun to prompt a correction in Australia's housing market.

Data from property analyst firm, CoreLogic, showed that house prices dropped for their second consecutive month in June with a fall of 0.6 per cent nationally.

A number of private banks have forecast that the decline in house prices would continue into the double digits as monetary conditions normalize.