"We have considered the case very seriously. It seems that one team in the Parappana Agrahara Prison is colluding with the arrested accused. Action will be initiated today (Tuesday) itself in connection with the case of the accused making video calls from the prison," he said. 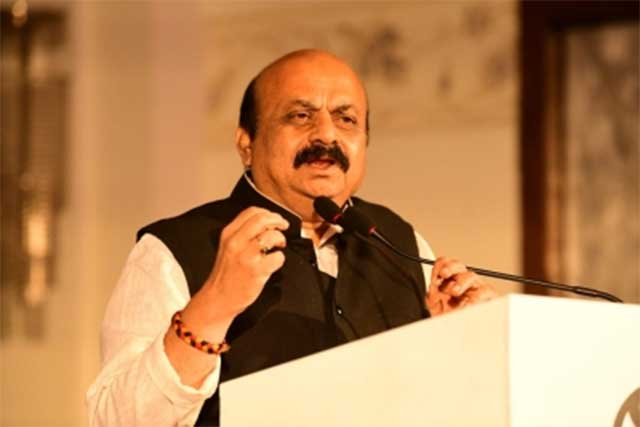 This has come as a major embarrassment to the state government which had patted its own back after nabbing the accused within 24 hours of the brutal murder, which made national news. Currently, the case is being probed by National Intelligence Agency (NIA) and the accused are undergoing imprisonment in the Central Prison of Parappana Agrahara in Bengaluru.

As the photos went viral on social media, the prison authorities conducted raids to ascertain how the accused got mobiles inside the prison. Investigations are also underway to figure out people the accused were in touch with and also were there any attempts to destroy evidence or derail the probe.

The development has come as a shocker to Harsha's family. "The government system is flawed. There is no humanity, one life is lost and no one has the commitment to provide justice," the deceased's sister Rajini said.

"No one seems to bother. Though, probe is progressing, look at how the accused are talking to their wives and families. They have all the support. We have lost our brother and are suffering. The jail authorities must be suspended and we should get justice. The treatment special treatment being meted out to the accused will set a wrong example and encourage the youth to tread on the wrong path. It will give out a massage that even after committing murder, they can have all luxuries and come out within three months," Rajini stated.

Padma, Harsha's mother said if the accused are provided such luxuries inside the prison, the government might as well release them. "We feel justice is denied to us," she stated.

Harsha, 27, was hacked to death by a gang of miscreants on February 20 at the height of the hijab crisis triggering concerns and law and order situation.

Popularly known as Harsha Hindu, Harsha was at the forefront of Hindutva activities and questioned illegal transportation of cows. He shared fierce Hindutva messages on his social media accounts and also commented on the hijab issue.

The murder had led to widespread violence.