'Issue apology or else...': Congress to BJP on 'doctored' Rahul video

New Delhi, Jul 2 (IANS): The Congress on Saturday demanded an appropriate apology from BJP on behalf of party leaders who shared a 'doctored' video clips of Congress leader Rahul Gandhi.

"Furthermore, I expect that you will immediately issue an appropriate apology on behalf of your colleagues who have acted with such reckless disregard towards the truth", said Congress General Secretary In-Charge of Communication, Jairam Ramesh in a letter to BJP president J.P. Nadda. 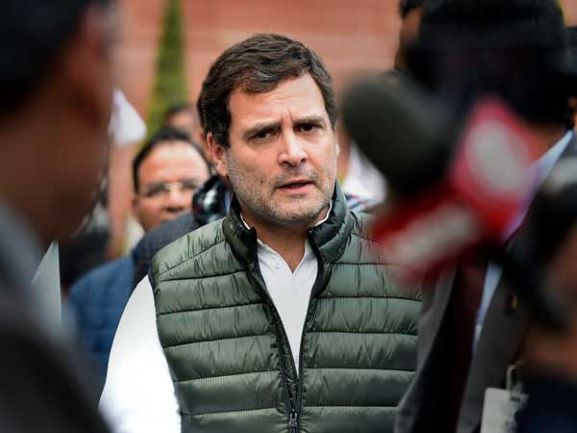 He said, "I am appalled to note that several of your party colleagues have been deliberately and enthusiastically sharing mischievous reportage that occurred on a news channel at 9 p.m. yesterday (July 1, 2022)", adding that the original video was Rahul Gandhi's comment on the SFI violence on his Wayanad office but it was deliberately and mischievously doctored to appear as if it was a comment on the heinous murder of Kanhaiya Lal in Udaipur.

The Congress said that it was immediately brought to the attention of all concerned that the reportage was false and deliberately misleading. "What is of even greater concern, is that several of your party colleagues, including Shri Rajyavardhan Rathore, MP, Shri Subrat Pathak MP, Shri Kamlesh Saini, MLA and others, have enthusiastically and without verification published and shared the deliberately fabricated and distorted reportage," Ramesh said in the letter.

We expect that you and your party colleagues will cease and desist from spreading such falsehoods, said Jairam Ramesh.

"If this apology is not issued today, we will take appropriate legal action against your party and its leaders who insist and persist in using the social media in such a blatantly irresponsible and criminal manner," he concluded in the letter.

Title: 'Issue apology or else...': Congress to BJP on 'doctored' Rahul video