New Delhi, Jul 1 (IANS): On the eve of the ban on certain identified items made from single use plastic (SUP), one of the industry bodies on Thursday said the manufacturers of single/standalone products made from SUP will face the most adverse impact with both business and livelihood.

The Ministry of Environment, Forest and Climate Change (MoEF&CC) has already said it would not budge and that it had given ample time for all stakeholders for migration. 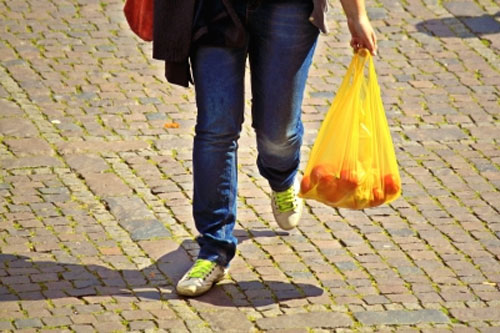 Plast India Foundation, an apex body of the major associations, organisations and institutions connected with the plastic industry, also demanded the government to come out with specifications for banned plastic items that can be allowed, just as it has declared for carry bags -- 75 microns for now and 120 microns thickness by December 2022.

Endorsing the vision of the Prime Minister for improving the environment (through the ban), president of Plast India Foundation Jigish Doshi told IANS: "Our sector comprises a majority of MSMEs, which involves thousands of business units as well as their employees. The ban on Single Use Plastics, particularly for those business units, which manufactures single / standalone products will have an adverse impact both on the business as well as the livelihood of those people."

Pointing out that the industry and the society will need viable alternatives to SUP products, Doshi said: "For plastics carry bags, it is only a matter of increasing the thickness to 120 microns but finding alternatives for plastic plates and cutleries will be a challenge unless the thickness of these items is increased in order to make them reusable / recyclable. The plastics industry is already working towards finding alternatives for thermocol based products. Similar options can be worked out, provided the government comes up with specifications for other banned items too."

Doshi also said waste management through waste pickers need to be highly incentivized; the rag pickers who play a key role in this process should also be given proper incentives to ensure that plastic waste is collected and recycled.

Earlier, Environment Minister Bhupender Yadav had said on Tuesday: "We had given ample time from last year (August 2021) to the producers to migrate to new machines and also for the industry in general to look for alternatives. On the other hand, we have also enabled production of alternatives through the Micro, Small & Medium Entrepreneurs (MSME) sector. Plus, we have a plan laid out for 10 years, a first for itself."

Yadav also said that there would not be any shifting of the date, majority are on board.

The Centre has declared a ban on single use plastic from Friday. Day to day usage single use plastic items in 14 categories -- such as plastic sticks that are used in ear buds, balloons, candy, ice-cream; cutlery items such as plates, cups , glasses, forks, spoons, knives, trays; packaging / wrapping films such as that used for sweet box, invitation cards, cigarette packets, and other items such as plastic flags, PVC banners of less than 100 microns, polystyrene for decoration -- have been banned. The minimum specified thickness for polythene carry bags was 75 micron already applicable from September 2021 but it would be 120 microns from December 2022.