New Delhi, Jun 30 (IANS): Nearly 70 members of right wing outfits Bajrang Dal and Vishva Hindu Parishad (VHP) were detained by the Delhi Police on Wednesday for protesting without due permission at the Jantar Mantar against the gruesome murder of a tailor in Udaipur on Tuesday, an official said. 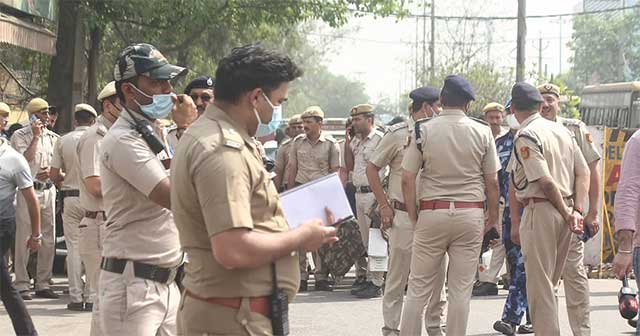 "Around 70 members of the Bajrang Dal and VHP have been detained from Jantar Mantar who were protesting there without prior permission," said Deputy Commissioner of Police (New Delhi), Amrutha Guguloth.

She further said that no FIR has been registered in this incident.

The members of VHP and Bajrang Dal gathered at the Jantar Mantar and raised slogans against the Udaipur barbarism and demanded justice for the deceased tailor.

The members were seen holding placards that read ‘give death sentence to Hindu killers', ‘we won't let India turn into a Taliban state', among several others.

In a gut-wrenching incident on Tuesday, a tailor was hacked to death in broad daylight inside his shop on a crowded street in Udaipur for supporting now-suspended BJP spokesperson Nupur Sharma on social media over her controversial remarks on Prophet Muhammed.