Mumbai, Jun 29 (IANS): As they prepare to leave a Guwahati five-star hotel for their home-state, the rebel group of Shiv Sena MLAs on Wednesday spared a thought for the victims of the raging floods in Assam.

Rebel leader and Minister Eknath Shinde announced a contribution of Rs 51 lakh to the Assam Chief Minister Relief Fund on behalf of all the Sena MLAs and his supporters camping there. 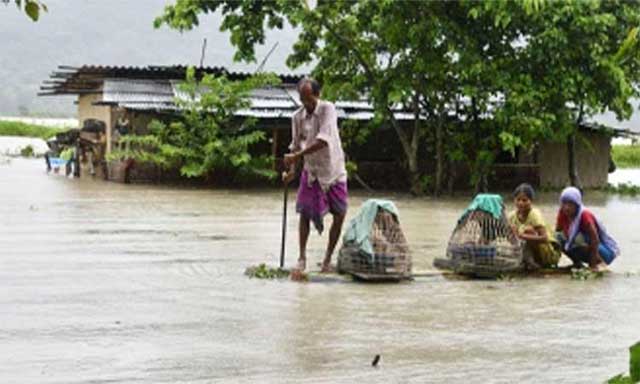 "We have decided to help with Rs 51 lakh to the Assam CM Relief Fund for the brothers in the flood-hit areas on behalf of all the Shiv Sena MLAs and my supporter legislators," tweeted Shinde on his warm gesture.

The group of rebels has been living in the Radisson Blu Hotel of Guwahati for the past over a week after they revolted against the MVA government late night of June 20.

Earlier, they had gone to Surat and stayed in a five-star hotel, then shifted base to Guwahati, with the rebels mostly jet-setting around in specially chartered flights as Maharashtra was plunged into a political crisis and Assam battled massive floods.

The group is expected to return to Maharashtra to participate in the floor test to prove the majority of the MVA government headed by Chief Minister Uddhav Thackeray.

However, shortly afterwards, the Sena moved the Supreme Court with the hearing in the matter scheduled this evening.