The following awards were presented at the programme : 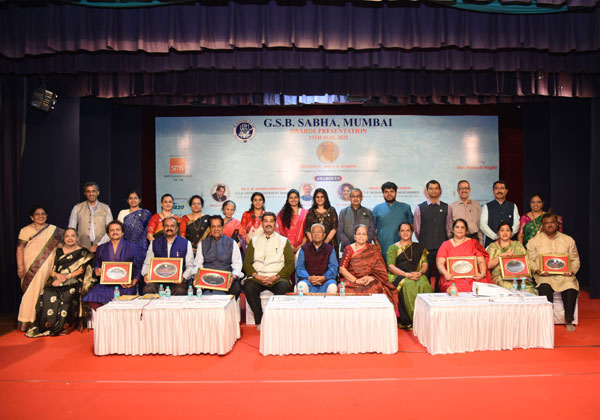 The Vatsala R Shenoy GSB Woman Entrepreneur Award was instituted by the Sabha in 2014 with sponsorship support from Sadhana and Sunil Shenoy, daughter-in-law and son of Late Vatsala R Shenoy, ex-president of Sabha’s Mahila Shakha.

The K M Kamath Memorial GSB Talent Recognition Award was instituted by the Sabha in 2006 on a suggestion made by and financial support received from the Late K M Kamath.

The Dr B M Acharya Memorial GSB Lifetime Achievement Awards were presented to nationally and internationally acclaimed banker, Kundapur Vaman Kamath and Lt Col Ashok Kini H (Retd) SM VSM, a highly decorated soldier, for his meritorious service in the Indian Army and dedication and devotion to duty as comptroller at president’s household.

In his scintillating address, the chief guest urged the audience to think nation first.