Dakshina Kannada (Karnataka), May 28 (IANS): Following a statement by Karnataka Education Minister B.C. Nagesh that only uniforms are permissible inside classrooms, authorities at a college in Dakshina Kannada district on Saturday sent back hijab-clad students home.

The college had banned the wearing of hijab as per the decision of it syndicate. 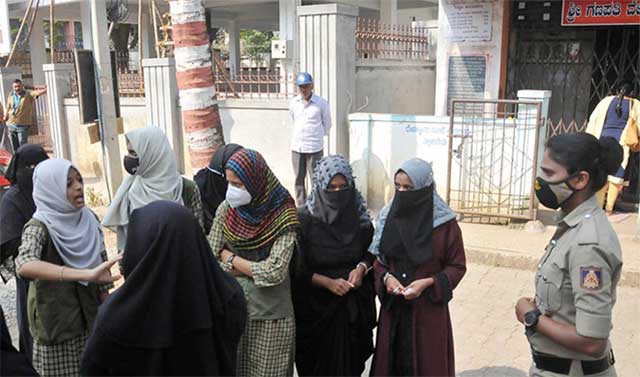 Though majority of the Muslim students attended classes on Saturday without hijab, 12 students came in wearing them.

They insisted on allowing them to attend classes with hijab.

However, the college principal stopped them from attending classes and were also denied permission to go to the library, after which the students returned home.

As the hijab row is resurfacing in the district, the College Development Committee has decided to allow students to take it off in rest rooms and then attend classes.