The arrested are identified as Mohammed Azaruddin (35) from Vittal and Salim (26) from Kallakatta.

Miscreants had broken open the oil mill in the vicinity of Kasargod government college in night on May 3 and stolen cash from it. 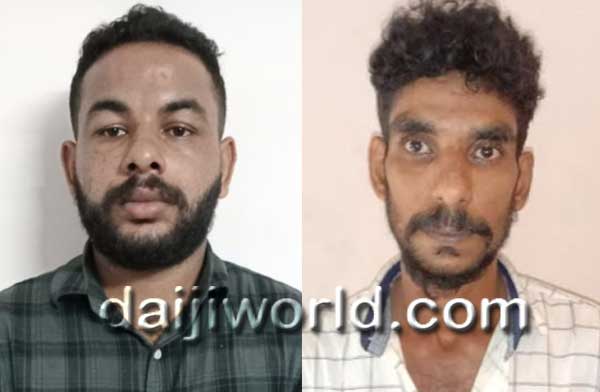 Vidyanagar police had registered a case and conducted investigation on the basis of a complaint lodged by mill owner Chemnad Abdul Rehman. The police personnel who went through the CCTV footage, identified the two accused and arrested them.

The duo had later tried to steal the music system of a tourist bus parked near a hospital near the mill. The bus staff who were woken up by the noise had chased culprits. The theft in the oil mill had occurred on the same night.