Bengaluru, May 11: In a sharp attack against Higher Education Minister Dr CN Ashwath Narayan, who had threatened to release documents against him, JD(S) Legislature Party leader HD Kumaraswamy on Wednesday challenged the minister to release whatever documents in his possession and alleged that he has documents and evidence pertaining to the Rs 450 crore scam in the appointment of assistant professors.

``If he (Dr Ashwath) has any guts, let him release the documents in his possession tomorrow itself,’’ he said and alleged that he (Kumaraswamy) had ``not looted like him.’’ 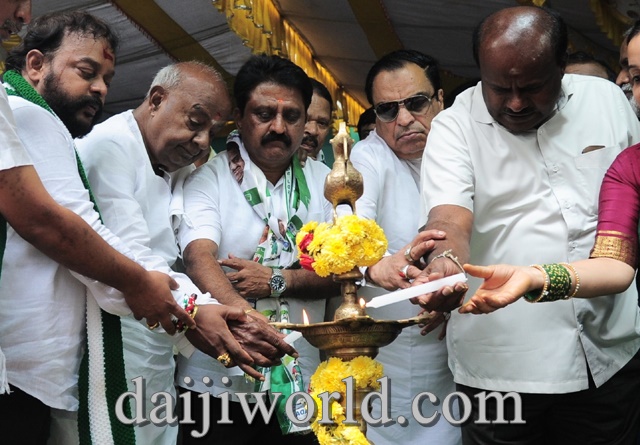 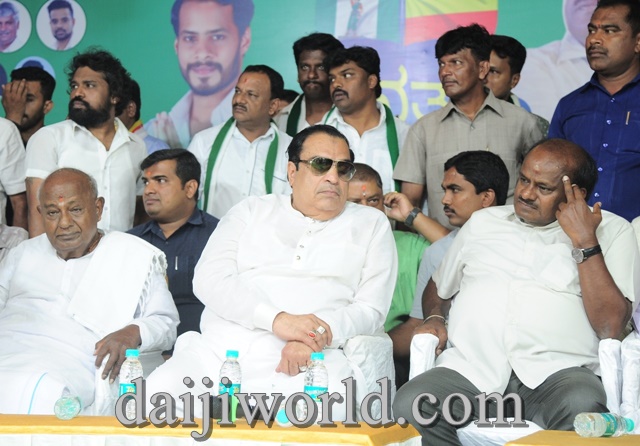 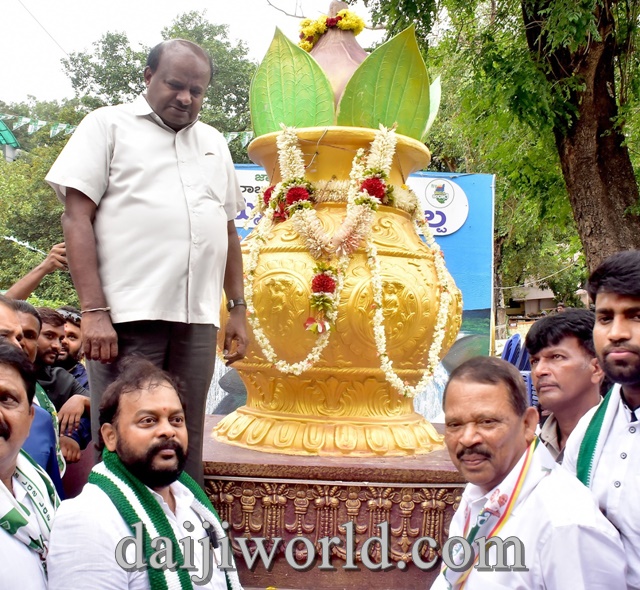 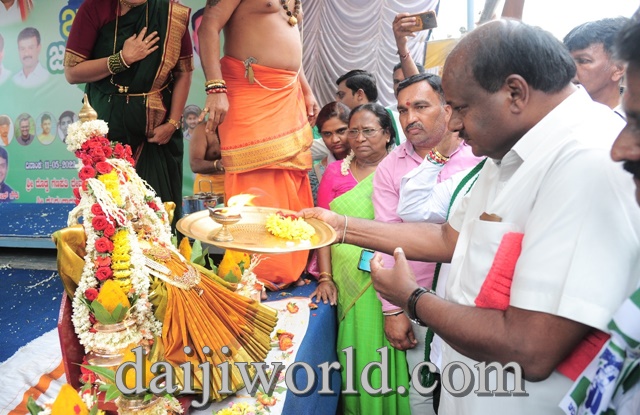 Addressing the JD(S) Jaladhare campaign meeting at Basavanagudi on Wednesday, the former Chief Minister claimed that he has ``documents which are not available with him’’ and warned the minister to be ``careful’’ while speaking against him.

Don’t accept Ravindranath’s resignation Kumaraswamy urged Chief Minister Basavaraj Bommai not to accept the resignation of IPS officer Dr P Ravindranath as the senior police officer was an honest and upright person belonging to the Dalit community and said the IPS officer had tendered his resignation due to ` ``frustration and anger’’ at the government’s actions.

The JD(S) leader said Ravindranath had initiated inquiry against several persons who had obtained bogus caste certificates to get reservation benefits and was transferred because of his action. One of the persons was former Congress Chief Minister Siddaramaiah’s political advisor Kempaiah, who had enjoyed key positions and was holding responsible positions despite getting the benefit of reservation by obtaining bogus caste certificate.

``When Ravindranath issued a show notice to Kempaiah, the former was transferred within two days. This is nothing but political witch hunting and punishment. Both the Congress party and the present BJP government have colluded in this action. Neither the Congress nor BJP have any right to speak about Dalits,’’ Kumaraswamy said. The former Chief Minister said Dr Ravindranath had resigned his post as State Director General of police (Training) against his punishment transfer even though he still had one and half year service. The BJP government benefited by the former police officer
during Congress rule in engineering defections to form the government. The Congress and BJP are partners in this crime, he said and wanted to know who was responsible for the transfer merely because of issuing a notice.

``Is there any protection and safety to honest officers that too for Dalits,’’ he asked.

``Religion or livelihood?’’ The JD(S) leader urged the people and political parties not to vitiate the atmosphere by raking up divisive issues and wanted to know if people want religion or livelihood. ``Let us keep religions at home and to ourselves,’’ he asking people not to invoke emotive
religious issues.

Kumaraswamy said he had become Chief Minister twice and made it clear that he was not hankering for power. But he said it is necessary to solve the problems facing the State and people as both Congress and BJP have failed.

The newly appointed Stare JD(S) President CM Ibrahim condemned the ineffectiveness and failure of the 25 BJP MPs from Karnataka and dubbed them as ``enunchs.’’ These BJP MPs are chanting the Modi mantra and have failed the State, he said asking the people to throw them out in the next election. Ibrahim predicted resounding victory for JD(S) in next year’s assembly polls as people are fed up with both Congress and BJP.

Former Prime Minister and JD(S) Supremo HD Deve Gowda said the people of Bengaluru are suffering due to the failure of both Congress and BJP. These two national parties are responsible for the drinking water problems in Bengaluru, he said.