Fresh confusion over administering oath to Babul Supriyo as MLA

Kolkata, May 1 (IANS): Just a few hours after West Bengal Governor Jagdeep Dhankhar on Saturday finally cleared the file pertaining to the swearing-in function of singer-turned politician Babul Supriyo as the newly elected legislator from Ballygunge constituency, a fresh confusion arose over the issue. 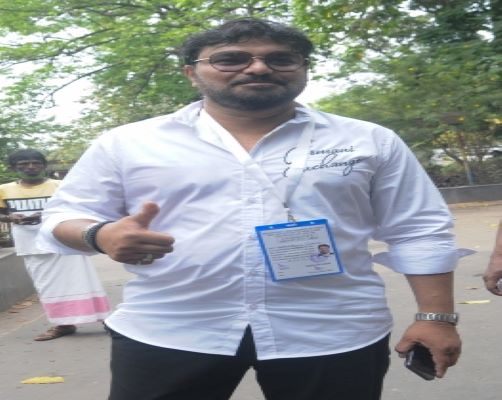 "I will send a letter to the Governor expressing my inability to administer the oath," Banerjee told the mediapersons late Saturday evening.

In fact, after getting the news that the Governor had authorised the deputy speaker to administer his oath, Supriyo also expressed dissatisfaction.

"Of course, it is the Governor's prerogative. But a hitch will remain in my mind if my oath is not administered by the assembly speaker," Supriyo told mediapersons on Saturday.

Earlier this week, the Governor refused to clear the file related to the swearing-in ceremony.

State Assembly sources said that a file was forwarded to the Governor's House for a clearance so that the swearing-in ceremony could be conducted within the Assembly premises, and Speaker of the Assembly Biman Banerjee administering the formalities for the same.

The by-polls for Ballygunge Assembly constituency were conducted on April 12 and the results were declared on April 16.

Babul Supriyo emerged as the winner for Trinamool Congress. He was a two-time MP from Asansol Lok Sabha constituency in West Bengal, and also became a minister in the Narendra Modi-led Union government.

However, after the 2021 West Bengal Assembly polls, he joined Trinamool Congress and also resigned as the Asansol MP.

The Trinamool had fielded him as a candidate from Ballygunge, where by-polls were necessitated following the sudden demise of former legislator and state panchayat minister, Subrata Mukherjee in November last year.