Bengaluru, Apr 21: Given the bonhomie between the ruling BJP and opposition JD(S) on several occasions in the recent past, Chief Minister Basavaraj Bommai on Thursday, April 21 clarified that he has “no soft corner” towards JD(S).

“JD(S) is a political party just like BJP. They are in politics just like us. It is not correct to say that we have soft corner towards JD(S),” he said speaking to reporters at Chikkanayakanahalli in Tumakuru on Thursday. 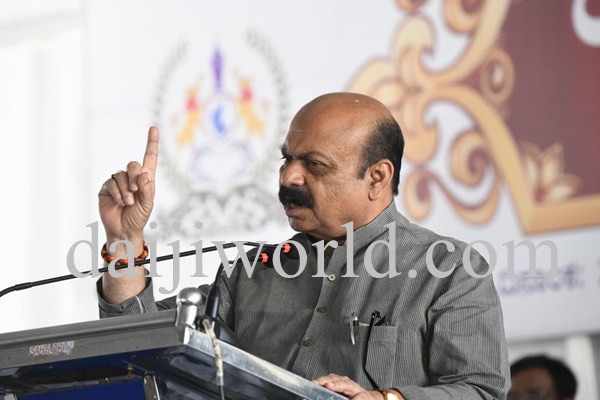 The Chief Minister referred to JD(S) leader and former Chief Minister H D Kumaraswamy’s recent statement that his party would fight both Congress and BJP and that he does not have a soft corner towards BJP.

Asked about former prime minister and JD(S) supreme H D Deve Gowda’s telephone to him, Bommai said: “Gowda is an elderly person and veteran leader. He called me to find out when I am returning to Bengaluru and asked me to call him. There is nothing wrong in talking.’