Kasargod, Feb 7: Most of the farmers in Dakshina Kannada district depend on the water they collect by building small embankments across the flowing streams to conduct agricultural activities. Most of the time, sandbags are stacked in the streams to make the water become a pool. These days, many have adapted improvised methods to block the water flow. 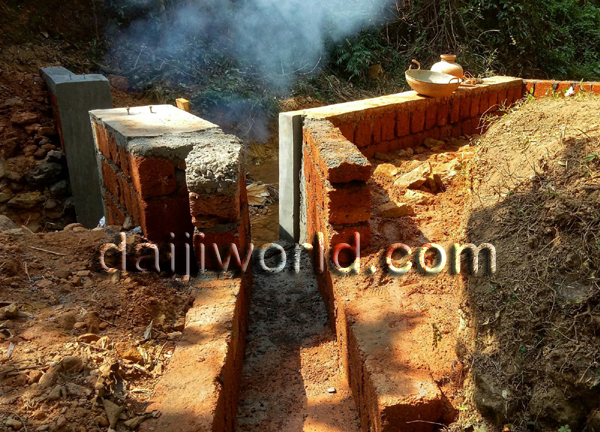 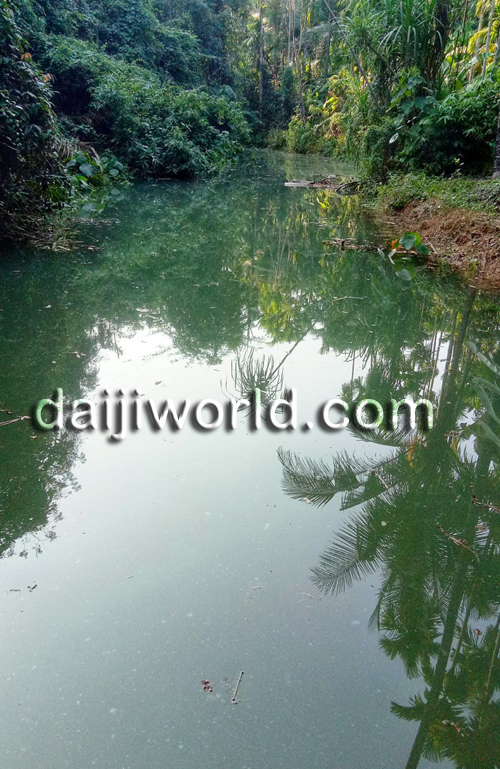 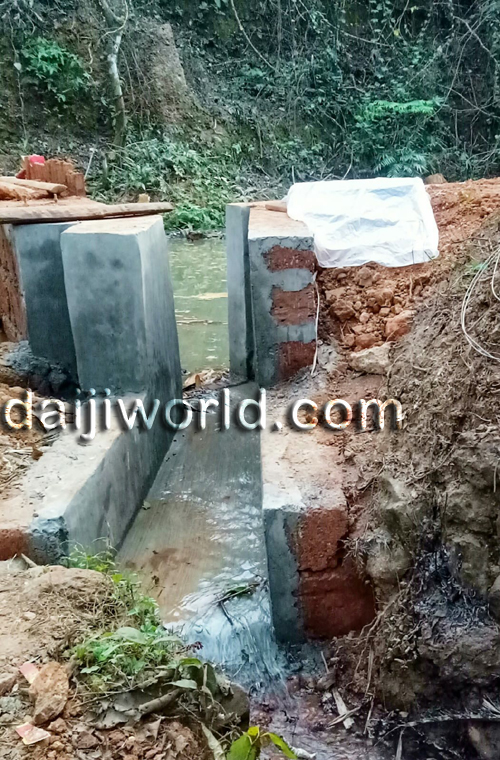 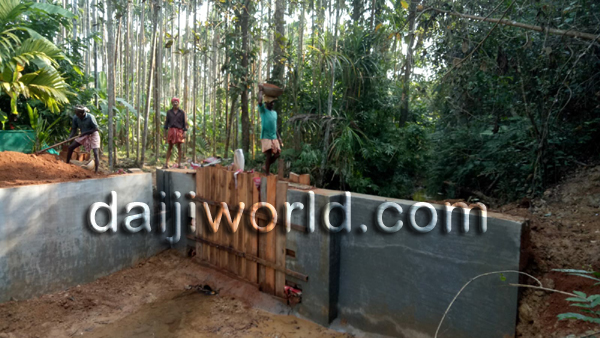 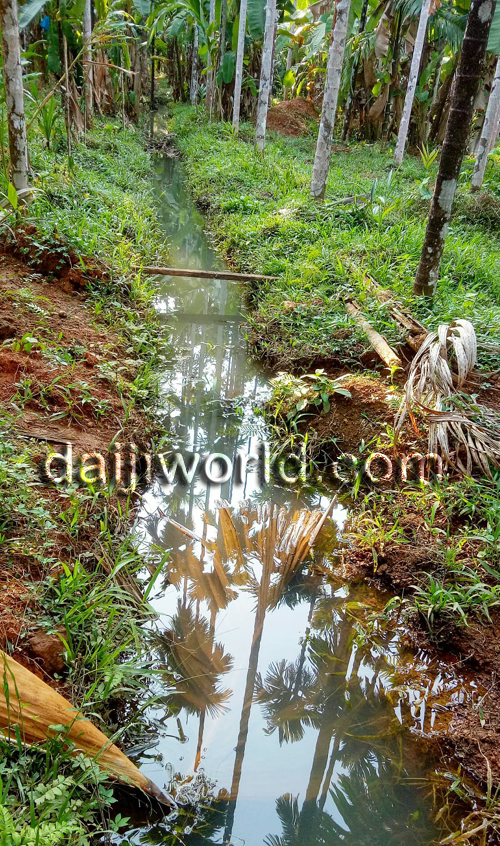 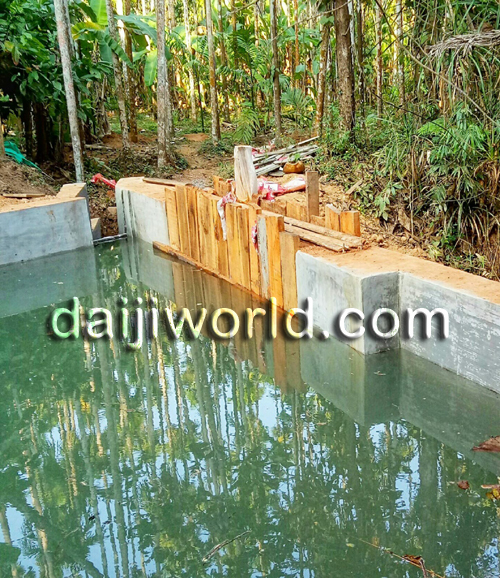 He removed loads of silt and sand that had accumulated during the summer months in the stream for the last two years. In order to ensure that sand from the road does not get washed into the canal again and hamper the water accumulation, he also had got silt in the canal from Golikatte to Swarga bridge removed and conducted repairs. He had also widened the canal to see that more water gets collected there. To stop sand erosion in the canal and to feed water to  agricultural fields till the rainy season, he has built a permanent vented dam.

He has used about 800 laterite stones to the gate of the dam which is secured with the help of four iron bars and by fixing planks on both sides and filling mud in the gap therein. Boulders have also been stacked to withstand water pressure.

Suresh Bhat's 5,000 areca nut trees are spread over eight acres. Now the water has accumulated for about a kilometer. As a result four acres of his farm is  occupied with water.   A fountain has also been arranged to see that the remaining four acres of farm also remain moist all through.
g
The water has accumulated for a length of over 1 km and a width of 10 metres. This dam will prove to be a boon not only to Suresh Bhat but also to other farmers. The dam will increase the underground water table and improve the  water sources located in the vicinity. The bunds which are built in the form of blocks or dams are water sources which can be relied upon after the rainy season.