New Delhi, Jan 28 (IANS): A petition has been filed in the Supreme Court seeking a stay on the film "Why I Killed Gandhi", which is set to release on various OTT platforms on January 30, the anniversary of Mahatma Gandhi's assassination.

Seeking removal of all contents of the controversial film from all online platforms, petitioner Sikandar Behl, through advocate Anuj Bhandari, also sought the prohibition of any exhibition or publication of the film or any of its contents in any manner whatsoever on any OTT platform or social media. 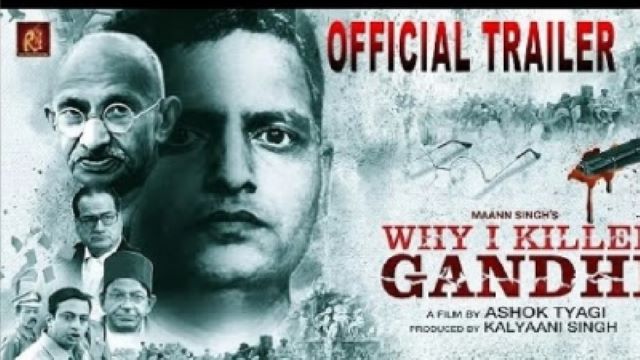 If the release and exhibition of the said movie is not stopped, it would irreparably tarnish the image of the Father of the Nation and would cause public unrest, hatred and disharmony, the plea read.

It also stressed the need for content regulation of OTT platforms.

Last year, the top court had observed that "uncontrolled and unscreened" viewing of films on OTT platforms is an issue. "One of the issues, which has cropped up in the facts of the present case, is regarding control and regulation of the platforms on which web series are released," the apex court noted.

As the film ignited a massive controversy, the All India Cine Workers Association (AICWA) has written to Prime Minister Narendra Modi demanding a total ban on the film, which "seeks to glorify Gandhiji's assassin Nathuram Godse", and its exhibition would shock the people.

Title: PIL in SC seeks stay on 'Why I killed Gandhi' online release