Riyadh, Jan 26 (IANS): Saudi Arabia and Thailand have agreed to restore full diplomatic relations during the official visit of Thai Prime Minister Prayut Chan-o-cha, the first of its kind in more than 30 years.

In a joint statement on Tuesday, the two sides announced the exchange of Ambassadors in the near future and deepening of cooperation in the green economy, renewable energy, digital transformation, cybersecurity and others, the Saudi Press Agency reported. 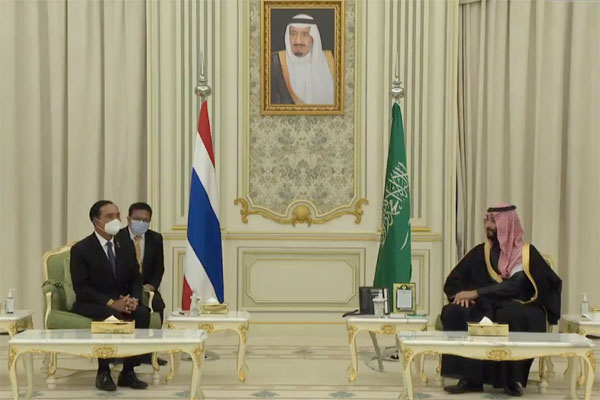 Saudi Arabia downgraded its relations with Thailand after a diplomatic row over a jewellery theft in 1989.