Shivamogga, Jan 17: A complaint is lodged in Ripponpet police station in the district against a husband and his family members. They have been charged with pressuring the lady to bring dowry from her father, duly threatening to expose her video in the nude on social websites.

The harassed wife has named the accused as her husband Salman from Sringeri, Chikkamagaluru district, mother-in-law Sahira, father-in-law Shaukat khan, and sister-in-law Sameena. 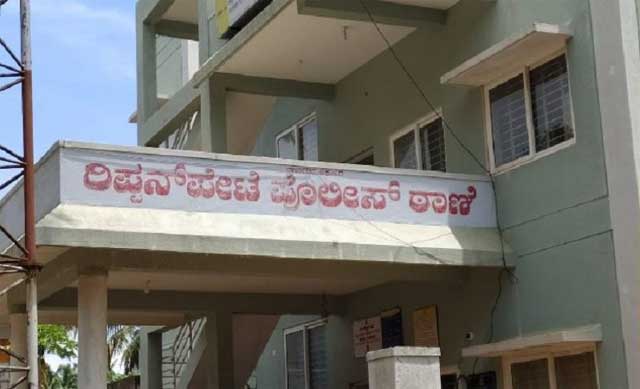 The lady living in a village in Huncha revenue division near Ripponpet had married Salman from Sringeri on May 22, 2021. Her father had agreed to pay dowry in the form of 90 grams of gold, and three lac rupees in cash. Before the marriage, two lac rupees in cash, and a four-gram ring were given. It is said that after the marriage, 90 grams of gold and household goods were given. But the family of her husband often quarrelled on the issue of pending one lac rupees in cash. This issue often resulted in heated exchange of words, and each time ended in truce.

Of late, her mother-in-law Sahira and father-in-law Sahukat, started to harass the lady regularly, demanding for the balance dowry amount. Her husband and his sister Sameena too supported them in harassing the complaint. Her husband had made a video of her in the nude. He threatened to upload the video on the social media or send it to others towards her character assassination, the lady stated.

Unable to bear this harassment, the lady had recently returned to her parents. Her husband came there and returned after giving her talaq. He also called her to tell her that he would be uploading the nude video online. He also demanded payment of balance dowry and threatened to kill her if she fails to bring the remaining dowry, the woman stated.