Puttur, Nov 30: After a lorry rammed into an auto rickshaw at Matha on national highway 75 near Uppinangady on Monday November 29, a boy seated in the three-wheeler was killed. Three others including the auto rickshaw driver suffered serious injuries.

The deceased was T Mohammad Altaf (12), a sixth standard student of Hirtadka government primary school. He was the son of the late Ashraf from Hirtadka. His mother, Khadeejamma (46), elder brother, Ashiq alias T Mohammed Asrar (23) and auto rickshaw driver, Siddique (34) from Hirtadka sustained serious injuries. All of them were admitted into a hospital in Mangaluru. Both Khateejamma and Ashiq are stated to have suffered grave injuries and their condition is critical. 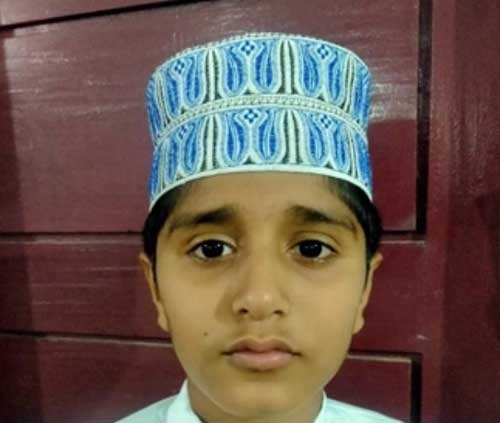 Khateejamma, mother of Altaf, is a native of Bengare, Mangaluru. She had visited her parental home along with children. She had come back to Uppinangady in a bus and was going back home in an auto rickshaw when tragedy struck. A lorry that was moving towards Mangaluru from the direction of Bengaluru, which was trying to overtake another vehicle, collided with the auto rickshaw, as a result of which the three-wheeler toppled and thoroughly got mangled.

The late Ashraf was working as a vehicle driver but suffered from cancer. The family had to spend heavily for his treatment but he lost his life after spending lacs of rupees, two years ago. Khateejamma along with her three children was depending on some relatives for a living.

Puttur deputy superintendent of police, Gana P Kumar, traffic sub-inspector, Rama Naik and other staff visited the spot and scrutinised the scene of accident. A case was registered in Uppinangady police station.